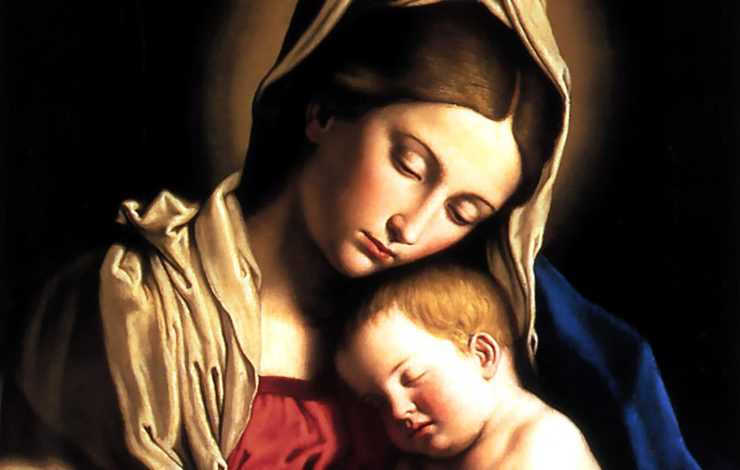 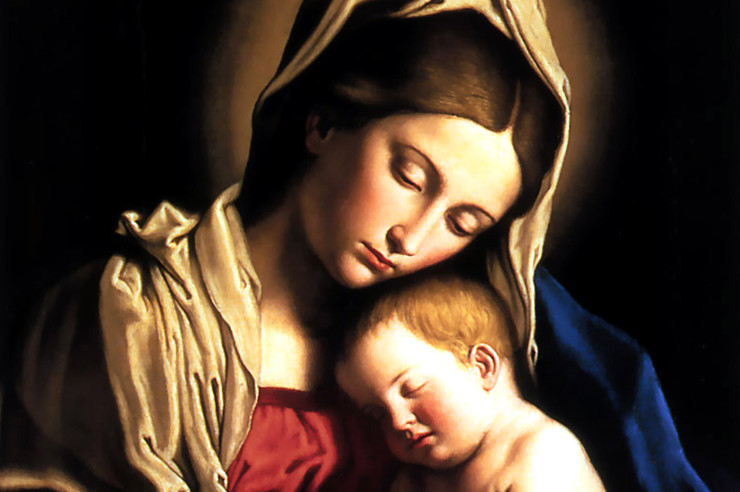 An oppressive darkness settled upon the United States of America. Forty-nine years ago, on January 22, 1973, the Supreme Court of the United States “legalized  » abortion on demand and this country has never recovered from the damage inflicted on our moral fiber as tens of millions of children have been sacrificed on the “altar of self” out of expediency and delusion.

St. Paul asks us in First Corinthians, “Do you not know that you are the temple of God, and that the Spirit of God dwells in you?”

Do we know this? I wonder.

Out of his infinite Goodness, God made you and he made me. We have great plans for each of us. He made us for Himself and set us apart to be holy as he is Holy.

He is a Father; he wants the very best for his children. Because he loves us so much, the Blessed Trinity—Father, Son and Holy Spirit—dwells within our spiritual soul which is the form of the body. That’s why St. Paul can ask us if we realize that we are temples of God.

The White House Endorses the Assault

We live in a time when this beautiful truth is totally obscured by a culture that is concerned only with self.

So many have failed to seek the God who alone can satisfy their restless hearts and instead, they have sought satisfaction and fulfillment in the pursuit of immoral and sinful “pleasures.” We need only to look back to the sex and drug revolution that began in the 1960s to witness the onslaught of the prevailing culture on the Temple of God.

Artificial contraction was only the beginning. The immoral abuse of alcohol and illegal drugs destroyed our inhibitions, and the sinful use and inevitable failure of contraceptives in sexual relations outside of the marriage covenant resulted in a demand for abortion that the culture was all too quick to champion.

An oppressive darkness has settled upon the United States of America. Forty-nine years ago, on January 22, 1973, the Supreme Court of the United States “legalized  » abortion on demand and this country has never recovered from the damage inflicted on our moral fiber as tens of millions of children have been sacrificed on the “altar of self” out of expediency and delusion.

President Joe Biden and his Vice-President, Kamala Harris issued a statement from the White House pledging to codify into the law the « right » to kill the child in the womb who awaits delivery. Of course, President Biden refers to this killing of the innocent as  » reproductive healthcare.”

When will the deadly assault on innocent children end? How is it possible that we arrived at a place and time when the killing of children is accepted and even celebrated.

Some who would defend abortion claim that a woman’s body is her own to do with as she wishes. That is wrong on two counts—first, a person’s body is the Temple of God and St. Paul says,  » if anyone destroys God’s temple, God will destroy that person. »And second, abortion is not about the mother’s body as much as it is about the baby’s body. It is the baby’s body that is attacked and dismembered in abortion and that is not the mother’s body. A scientific fact.

The attack on God’s Temple has not ended there, it’s reach is far and wide.

The respect shown to human life has declined to a shocking degree.  We should not be surprised, for if we do not respect a person’s right to life, why should we respect that person in any other way.

We had better listen to St. Paul once more…

« Let no one deceive himself. If any one among you considers himself wise in this age, let him become a fool, so as to become wise. For the wisdom of this world is foolishness in the eyes of God, for it is written: ‘God catches the wise in their own ruses’, and again: ‘the Lord knows the thoughts of the wise, that they are vain. »So let no one boast about human beings, for everything belongs to you, Paul or Apollos or Cephas, or the world or life or death, or the present or the future: all belong to you, and you to Christ, and Christ to God” (1 Corinthians 3:16-23).

The Solution Must Start with our Holiness

For the Christian, and for many others, these tragedies are heart-wrenching. In conversations with friends, family, and strangers over the years who have shared in my dismay concerning the culture of death, reactions have been varied; even more so when friends and even family have disagreed that there was even a problem to confront.

I have been a part of the Pro-Life Movement, which confronts this culture in a very specific way, for more than four decades, I have voted my beliefs, marched in public, prayed at abortion mills, led parish respect Life ministries, supported women in crisis pregnancies and tried to raise awareness through pro-life homilies, public advocacy and education. There are three-pronged approaches that include (1) prayer, (2) public advocacy and (3) education. These activities are all good and necessary.

The work that many in the pro-life movement have performed will not go unrewarded, although we may not see the extent of the good that has been accomplished until we pass to the next life. May God always bless those he has called to a focus on ending abortion and other direct threats on innocent human life. Maybe he is calling you to this work.

But, again, pregnancy followed by abortion was just the beginning.  I am also aware of the greater destruction that has followed the failure to respect the right to life.  Raising physically and spiritually healthy children in the fog of this culture is a tremendous challenge as is simply preserving one’s own faith from growing stagnant from indifference or a sense of helplessness. For that is exactly what is afflicting so many—we live as if in a fog that has blinded us to the reality all around.  What I mean to say, is that even for those who recognize that a problem exists, even they may not recognize the extent and dangers of the problem.  So many live in moral uncertainty and hardly are aware of it; they have been so inundated by the message of the culture that they no longer see and hear clearly.

Pope St. John Paul II wrote Gospel Vitae, “In fact, while the climate of widespread moral uncertainty can in some way be explained by the multiplicity and gravity of today’s social problems, and these can sometimes mitigate the subjective responsibility of individuals, it is no less true that we are confronted by an even larger reality, which can be described as a veritable structure of sin. This reality is characterized by the emergence of a culture which denies solidarity and in many cases takes the form of a veritable ‘culture of death.’ This culture is actively fostered by powerful cultural, economic and political currents which encourage an idea of society excessively concerned with efficiency. It is possible to speak in a certain sense of a war of the powerful against the weak: a life which would require greater acceptance, love and care is considered useless, or held to be an intolerable burden, and is therefore rejected in one way or another. A person who, because of illness, handicap or, more simply, just by existing, compromises the well-being or life-style of those who are more favored tend to be looked upon as an enemy to be resisted or eliminated. In this way a kind of’ conspiracy against life ‘ is unleashed. This conspiracy involves not only individuals in their personal, family or group relationships, but goes far beyond, to the point of damaging and distorting, at the international level, relations between peoples and States.”

And recently, Pope Francis forcefully reminded us, “It is the strongest opposition to any direct attack on life, especially innocent and defenseless life, and the unborn child in the womb is the most concrete example of innocence … Let us remember the words of the Second Vatican Council: ‘From the moment of its conception, life must be guarded with the greatest care while abortion and infanticide are unspeakable crimes’ (Gaudium et Spes, § 51)” (Pope Francis, April 11, 2014).

While we must continue our efforts in this struggle against the culture of death, we must do so within the context of full surrender to Jesus Christ. It is in this total surrender that we can then say with St. Paul, “I have been crucified with Christ; and it is no longer I who live, but it is Christ who lives in me. « And the life I now live in the flesh I live by faith in the Son of God, Who loved Me and gave himself for me” (Galatians 2:20).

« God’s way and we must ask ourselves the hard question, » Am I truly following His Will “ »When I speak to groups about holiness, there are always those who roll their eyes and utter, » Oh no. »Maybe they think holiness is not attainable.  Maybe that’s what you think. But the Holy Spirit is what God made us for and it is to the Holy Spirit that he continues to call us. Do we believe in God?

I am not in a position to transform the culture until we have surrendered totally to God and each become a holy person who loves unconditionally. As our God has spoken to us:

The Lord said to Moses, “Speak to the whole Israelite community and tell them: be holy, for I, The Lord, your God, am holy.

« You shall not bear hatred for your brother or sister in your heart. Even though you may have reprove your fellow citizen, do not incur its because of him. Take no revenge and cherish no grudge against any of your people. You will love your neighbor as yourself. I am The Lord” (Leviticus 19: 1-2, 18-19).

When we have allowed God to transform us, then the culture will be transformed and we will no longer send politicians to Washington who celebrate, promote and permit the killing of the unborn.