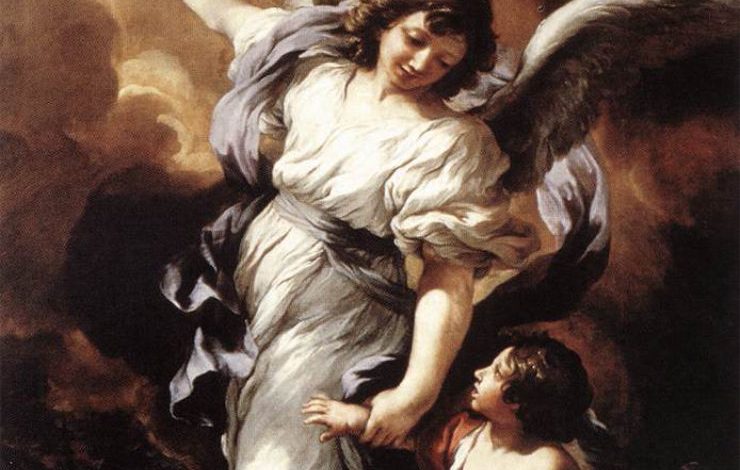 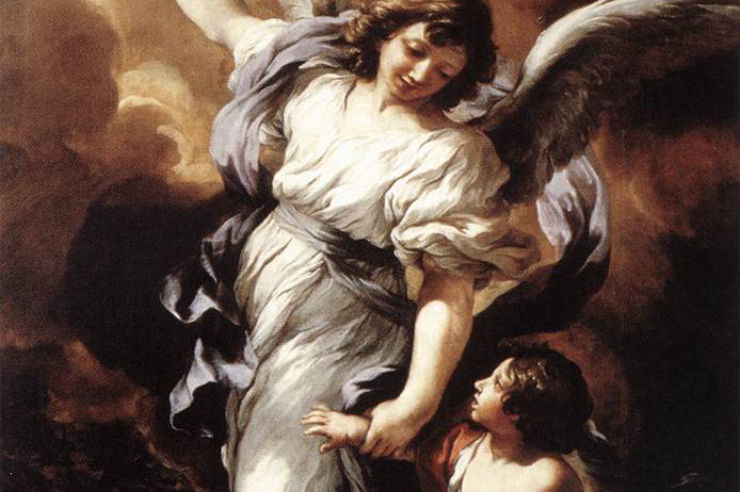 You never know when and where they’ll appear… perhaps even in Aisle 3 at Staples.

With a heavy heart, I put down the telephone and sighed. I knew it was right that I, like the other sisters in my Carmelite community, set myself to the task now ahead of us. This was not the first time death had visited us. No, and I knew that it would not be the last. This time, however, death was claiming the one who had worked alongside me for two years. She knew Spanish. It was her native language. Together we were editing the original letters of our Foundress, Venerable Mother Luisita, trying to distinguish the nuances of the expressions and the intricacies of the coded messages written during the dark days of religious persecution in Mexico in the 1920’s and 1930’s. Sister Piedad not only knew Spanish, but had lived during those historical days and possessed a magnificent historical perspective on the letters. Her input was of inestimable value to our community, both now and in the future. I treasured every moment of my time with her on this holy project.

Toward the end, she could barely read. Yet, she continued, knowing that her input was valuable and most necessary. I can still see her leaning over the manuscript with a humongous magnifying glass reading aloud in Spanish and effortlessly substituting the correct English idioms and, from time to time, adding anecdotes that she remembered.

This article from the archives by Sister Timothy Marie, OCD, appears here by the kind permission of the Carmelite Sisters of the Most Sacred Heart of Los Angeles.

Soon, I had to read aloud to her and she, in turn, dictated the best phraseology for each passage. As time went on, her trips to the hospital became more frequent, until that final trip, which by some special design of God, took place the day after we finished editing. Not long after, we learned that her condition was not only critical, but that it was also terminal. Death was imminent.

The phone call came to me about mid-morning. I learned that Sister Piedad was dying. Would I begin preparing a bulletin board with photos that would greet people as they came to her Rosary and Funeral Mass which would be held as soon as possible? Of course, I replied in the affirmative, tidied up the work space I had been using and, after lunch, drove down to Staples to obtain a poster board. Spiritually, I rejoiced that Sister Piedad would actually behold the very Face of God, but on a natural, human level, I was hurting deep inside.

One never knows when God will send us a messenger. On this particular day, God sent a messenger to me in Aisle 3 of Staples on Valley Boulevard in Alhambra, California. I would like to share what happened that day—something that had never happened before and as of today, has never happened since.

To begin with, I couldn’t make myself walk down the aisle that had the poster board. I would start out and then hesitate, turn around and look at items in some other aisle. Secondly, I did not realize I was crying big, slow tears that were finding their way, one by one, from my eyes to my chin where they were stopped by the coif that we Carmelite Sisters wear. I wasn’t really thinking about anything. I was more or less aimlessly wandering up and down the aisles of the store. I hadn’t been long—maybe four or five minutes—when it happened.

I heard a familiar sound, “Sister!” Automatically, I turned around in the direction of the voice.

I looked at her, not comprehending. As far as I was concerned, nothing was the matter. “What do you mean?” I asked.

Her gentle black hands reached over and clasped mine. “Sometimes, I just know. And right now, I know that something’s troubling you. I work here part time. I stand in the aisles and help people locate the items they want to buy. What are you looking for? What brings you here today, ‘hon’?”

That’s when it happened. Great, deep sobs rose from my inmost being and came out as waves of grief, spilling over onto her strong shoulders. She just kept quiet and let me cry until I had no tears left. Looking back, I wonder what the customers thought as they saw this Carmelite sister wailing in the arms of this kind and intuitive woman in aisle 3 of the stationery section of the store. I didn’t think of that then. All I could do was ask for a tissue.

She tried again. “So, what’s the matter?”

Another surge of tears ran down my face. My coif was wet, indeed. As I looked up into those kind eyes, into that loving face, the words tumbled out of my mouth…

“One of my sisters is dying. She is in her final moments right now.”

“I’m looking for a poster board to put photos of her for the people to see at her funeral.” My lip quivered.

The woman looked at me. “Of course you believe. Will you pray with me? Together we will let Him know that we are letting her go. What’s her name?”

“Her name is Sister Piedad of Jesus.”

Still holding my two hands, she closed her eyes and said…

Then she looked at me and squeezed my hands and said softly, “OK, Sister Timothy, say after me. ‘Father, I want to let Sister Piedad go home to You. I know You are calling her.’”

I repeated the words.

“I don’t want to hold her back. I trust You, Father, I trust You enough to let Sister Piedad go home to You.”

As I repeated these words, my sobbing stopped as suddenly as it had begun. A deep peace sett led into my spirit. I closed my eyes. When I opened my eyes, she was gone.

Did I buy the poster board that day? Yes, and I created a beautiful memory board of our beloved Sister Piedad for her family, friends and all of our sisters to see. Etched into my heart, forever, is that special moment in time when God sent me His messenger to strengthen and comfort me during my loss and grief and to remind me, once again, of His Love.

The Memorial of the Guardian Angels is October 2.

To learn more about the Carmelite Sisters of the Most Sacred Heart of Los Angeles, read their biography below and visit their website.

We encourage you to support the work of the sisters with your prayers and through donations and planned giving. Click here to learn more..

If you hear God calling you to the religious life, I encourage you to visit their vocations page. – Deacon Mike