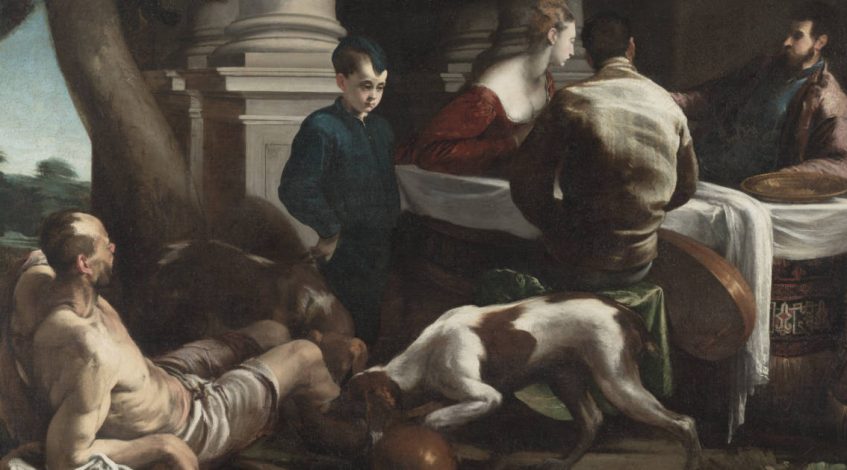 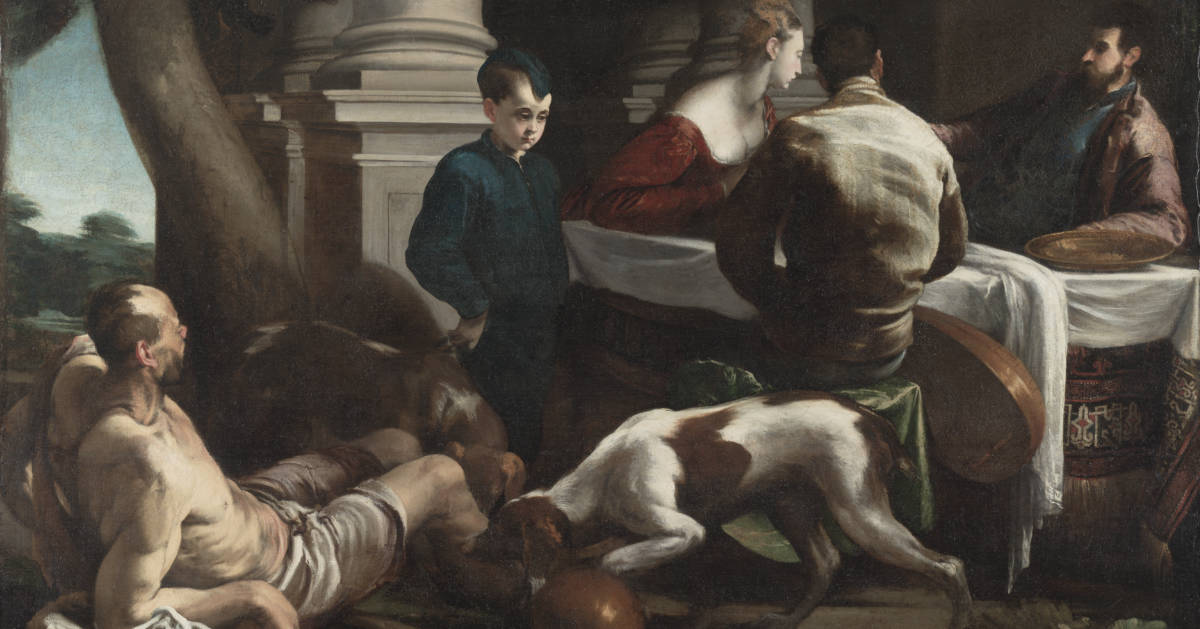 “We are to seek God’s will, to strive for holiness through humble service to others. That is how we glorify God and build the Kingdom.”

THE COMPLACENCY OF THE COMFORTABLE

The wealthier and more comfortable we become, the more we seem to forget the outward-focused life God has called us to live. The two great commandments – love your God and love your neighbor – become lost in a life that is turned in on itself. Many of you would agree that one of the great errors and sins of our time is self-absorption. It would appear from our readings that the same was true in Israel during the life of Christ and also eight centuries earlier when Amos preached and wrote God’s prophetic message.

Today’s readings at Mass are a severe warning to those of us who are well-to-do and comfortable, and a reminder of our call to live a life of holiness and righteousness.

Amos was one of the early literary prophets. He was from the Southern Kingdom of Judah, but his prophecy was directed to the ten tribes of the Northern Kingdom of Israel. He warned the people of Israel of their failure to remain faithful in their love of God, particularly warning them of their liturgical abuse, their giving into sexual sin and deviancy, and their social and economic injustice.

It is this complacency that is at the center of today’s first reading and gospel passage. Israel was a part of the divided Kingdom, God’s chosen people. He had blessed them over the centuries and enabled them to become a great kingdom. But the wealth and power of the “successful” in Israel led them to a complacency and neglect of God and of those around them who were weak and in need. They clung to the world’s definition of success and gave into a growing infidelity to the Lord.

Amos warned them: “Woe to the complacent… they are not made ill by the collapse of Joseph!”

He told them that this infidelity would cost them their wealth and kingdom. “Therefore, now they shall be the first to go into exile, and their wanton revelry shall be done away with.”

They would not listen to Amos, after all, they were “successful” and comfortable in their wealth – what did Amos know! A few short years after Amos delivered God’s warning, that Northern Kingdom was conquered, and its people led off into captivity by the Assyrians. The ten northern tribes of Israel were exiled and lost.

Jesus shares a story in today’s gospel about a rich man whom tradition gives the name Dives and a beggar named Lazarus. Every day, Dives enjoys the good life according to the world’s definition of “enjoy.” He dresses to the nines, has a great home, and dines on fine food every day. Can’t you hear him exclaim in modern terms, “It doesn’t get any better than this!”?

But in his self-centered life, he lost sight of God from whom all good things and blessings come, and he lost sight of those around him who were in need while he enjoyed his abundance. He was so self-centered that he didn’t even appear to take notice of the beggar at his door, even though he knew his name. We can only conclude that in his life on earth, Dives simply didn’t care for those in need.

Like the people of Israel eight centuries earlier, the rich man lost his wealth and position, but in the gospel, we are warned by Jesus of the eternal consequences of such infidelity.

This prophetic warning given by Amos and affirmed and elevated by Jesus is a timeless warning not to become complacent in our comfort and blessings.

THIS WARNING’S FOR YOU

I see those of us who are blessed to live in the United States and other “first world” nations as particularly in danger of losing all we have. We are so economically well-to-do in the United States and so self-centered, that many of us seldom see the poor and weak at our “doorstep.” The need is great both near and far, both in terms of distance and in terms of family, neighbor and stranger.

This prophetic warning is directed to you and to me. It is serious and failure to take heed has eternal consequences. It is not our wealth that is the problem. The problem is our complacency due to our wealth. In prayer we must ask God to show us where we stand, to give us knowledge, understanding and courage to conform to His Will, to see and have compassion for all we encounter.

St. Paul reminds us in his epistle to Timothy that we are called to live righteous lives. This is not optional. We can’t go through life complacent in our comfort and expect the reward of a glorious eternal life spent with God. The good news is that Jesus has made it possible to seek Him and run the race successfully according to His definition. But, we have to run the race, working out our salvation.

If we ask, we will receive the grace to remain and grow in fidelity to God. At the Eucharistic celebration, we are invited to receive the Lord and be nourished at His banquet – the strong and weak, the rich and poor, all of us together – so as to go forth into the world, carrying the love of Christ to all he places before us.

You see, Jesus asks us to follow in his footsteps. He came to serve, leading the lost to heaven. He loves us all, but he especially reached out to those who were at the margins of society, those who did not have the advantages of the well-to-do. That’s what he demand of us — to do no less. We are to seek God’s will, to strive for holiness through humble service to others. That is how we glorify God and build the Kingdom.