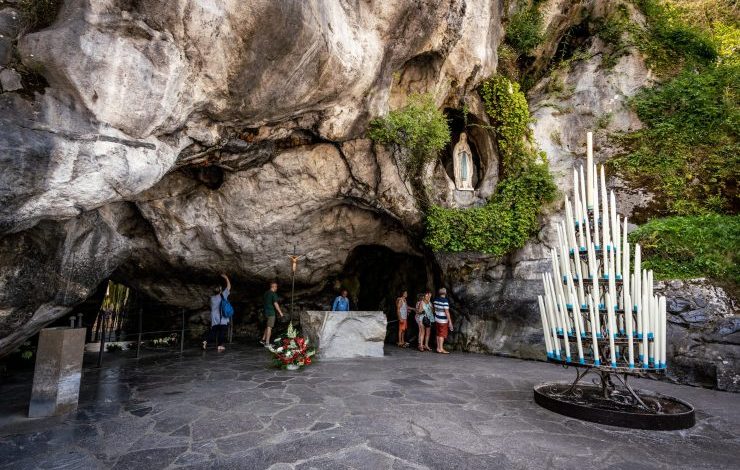 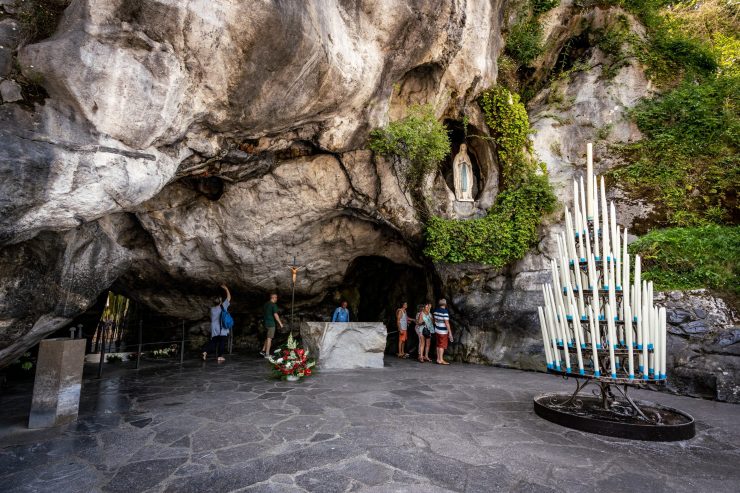 Photo by Nick Castelli on Unsplash

On this day in 1858, Our Lady appeared to a poor, illiterate French girl named Bernadette. She could not write, her asthma was crippling, and she had not yet been allowed to receive First Communion. But that winter day, while her younger sister and friends gathered firewood, she saw a “small young lady in white,  » in a niche of a rock grotto, smiling and inviting her to come closer.

Over the next five months, the lady in white would appear to Bernadette eighteen times, speaking to her in Occitan, the dialect of the region, as Bernadette barely knew French. The beautiful lady asked Bernadette to pray for sinners and to do penance. Eventually she revealed her name: The Immaculate Conception. It was a title of Our Lady that this ignorant, sickly girl could not have known. Pope Pius IX had just declared the dogma a little more than three years earlier.

The apparitions at Lourdes are best known for the healing waters that Our Lady gave during her ninth appearance, on February 25. Bernadette dug in the dirt, to the surprise and at the ridicule of those present. A spring began flowing the next day. That miraculous healing spring continues to flow to this day, and hundreds of thousands wash in its waters, seeking physical, spiritual, and emotional healing.

I have been to Lourdes once, when I was young, and while much of that pilgrimage might be a bit of a blur, I can never forget the intense feeing of Mary’s presence that greets pilgrims as you walk through the gates. The town is busy, with tour buses, hostels, and hotels, and shops selling religious goods. But once you walk through the gates into the « sanctuary, » a tangible feeling of Mary’s presence envelops you, like her mantle whisking you in close to her chest.

It is the peace of simplicity, of surrender, and love. It is the peace that is found when we realize God chose a sick, ignorant, impoverished little girl to be an instrument of his power. As Europe was in turbulence, with the Crimean War, France in political shifts under Napoleon III, and Italy in political turmoil and war during unification, God was working in the Pyrenees. Quietly. Humbly. Powerfully.

True healing and peace can only come from surrender, humility, and love. It will come when we emulate that « small young lady in white, » who placed herself at service to the Father. The young girl who unsuccessfully proclaimed her Fiat. The mother who did not cower at the suffering of the Cross. The model disciple who believed the ways of the Lord are not the ways of men. The water in a poor mountain town. He can work through an illiterate girl who had not been allowed to receive her first Holy Communion. After all, this is the God who worked through the Cross.

The day after Bernadette received her First Communion (June 3, 1858), her parish priest wrote about Bernadette: “everything develops in her in an astonishing way.” Such is the way with the Lord. Astonishing. Surprisingly. Not the way of men.

And healing always remains a mystery. Some will go to the baths in search of physical healing, and seemingly come away without answers to their prayers. It is working. Mysteriously. Quietly. In love.

On this World Day Of The Sick, may we remember in our prayers those who are suffering in body, spirit, and soul. We beg the Lord for their healing and the grace to accept his mysterious will.