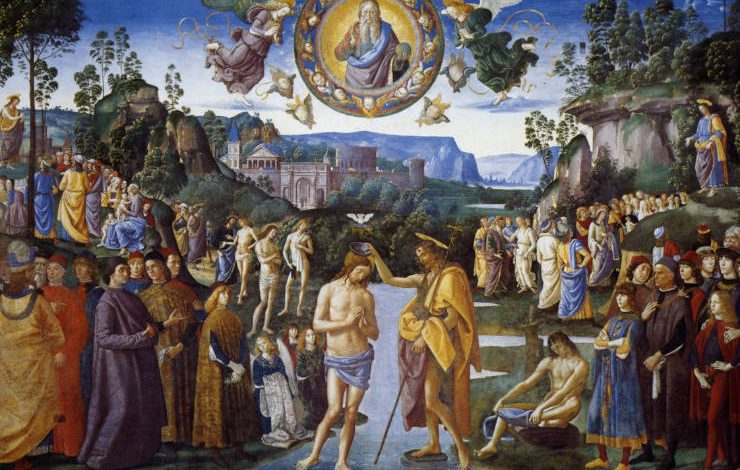 “Have this mind among yourself, which was in Christ Jesus, who, though he was in the form of God, did not count equality with God a thing to be grasped, but emptied himself, taking the form of a servant, being born in the likeness of men. And being found in human form he humbled himself and became obedient unto death, even death on a cross. »(Philippians 2: 5-8)

It is of supreme importance that we understand how to prepare and dispose of ourselves to get the most out of our prayer time. The master and model of our prayer life is of course Jesus Christ. Therefore, we should examine Christ’s own life and see what we can learn that might improve our own times of prayer.

In his letter to the Philippians, St. Paul gives us a very clear counsel on how we might go about imitating the very life of Christ. And, to the extent that we can, we ought to try and imitate Christ’s actions.

First, we must strive to become meek and humble of heart:

“Take my yoke upon you, and learn from me; for I am gentle and lowly in heart, and you will find rest for your souls. »(Matthew 11: 29)

We must also work to become the servants of one another:

And we must remember that we were all given this gift of life, like our Lord, to do only one thing:

These are all examples of ways that we can adopt the very mind of Christ in our external actions. We can act with humility, we can seek to serve one another, and we can desire and work to fulfill God’s will in all things. But prayer is less an exterior activity and much more an interior one. So, we need to understand Christ’s internal disposition, as much if not more, than his external actions.

I once had the great privilege of interviewing a convert to the Catholic faith, a woman named Sally Reed. Many of you may be familiar with her poetry featured on this site, and she is the author of a book entitled Night ‘ s Bright Darkness.  Sally grew up in a non-believing household, where, according to her, her father went to his grave denying the existence of God. Perhaps as a consequence of her unique journey to the Lord, she offered a very interesting perspective on prayer.

She had a special mistrust of people who would constantly tell her that all she had to do was pray to God and He would provide her what she wanted. However, while she was still in the process of her conversion, and still in the early stages of learning about prayer, she found herself in a chapel one day. She was begging God, even demanding, that he reveal Himself to her in some way. She did not want a bright light or an angelic choir, but she was on the brink of faith and she felt she needed some assurance.

As she explained it to me, she suddenly experienced a deep abiding presence there in the chapel, something she said she could never adequately explain, but also could never doubt for a moment. It was nothing she saw or heard, rather she described it as a deep interior awareness of a presence. She said it was clearer and more real to her than if another person had suddenly walked into the chapel and spoken to her.

From that point, on Sally’s primary objective in prayer was to make herself available to that presence. There was no doubt that there was anything or anyone there, but from that point forward, she knew that in fact God was real and he was always there with her. Her sole motivation for prayer was to respond to his presence and to let him know that she was there as well. Her only desire was to be with him. She said the thought of asking anything of God seems strange to her and does to this day. I have no doubt that this is the first time I have ever heard of God’s presence, but I do believe that prayer is primarily the act of spending time with the one we love. And her principal objective in prayer is to simply be as united to the Father as she can be.

Let’s go back then to Christ’s disposition in prayer as reflected in Paul’s verse to the Philippians. This is the verse we must all meditate on, come to a deeper understanding of, and one we need to imitate. Thank you, we can find consistent elements of Paul’s explanation in any truly loving relationship between two people. It is usually the case that individuals in a deep and abiding relationship seem to know what the other is thinking. They can finish each other’s sentences or thoughts, and they genuinely want nothing so much as to be together, even when their most consistent communication is simply silence.

What this verse suggests is that our prayer must lead us to a place where we simply desire everything the Father desires, and we desire it simply because he desires it. When we arrive at this place, the mind that was in Christ, then we will begin to understand and experience some small measure of the intimacy of the relationship that exists between the Father and the Son.

This week we can all follow Jesus into this deep interior disposition of becoming one with our Father in prayer.