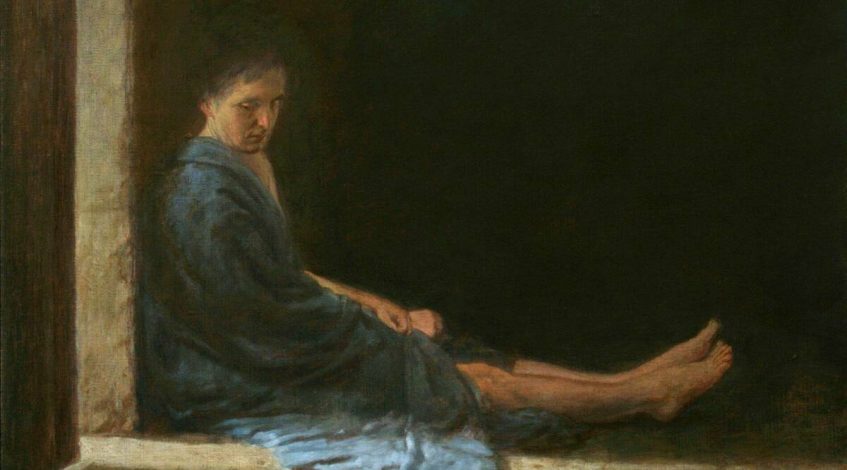 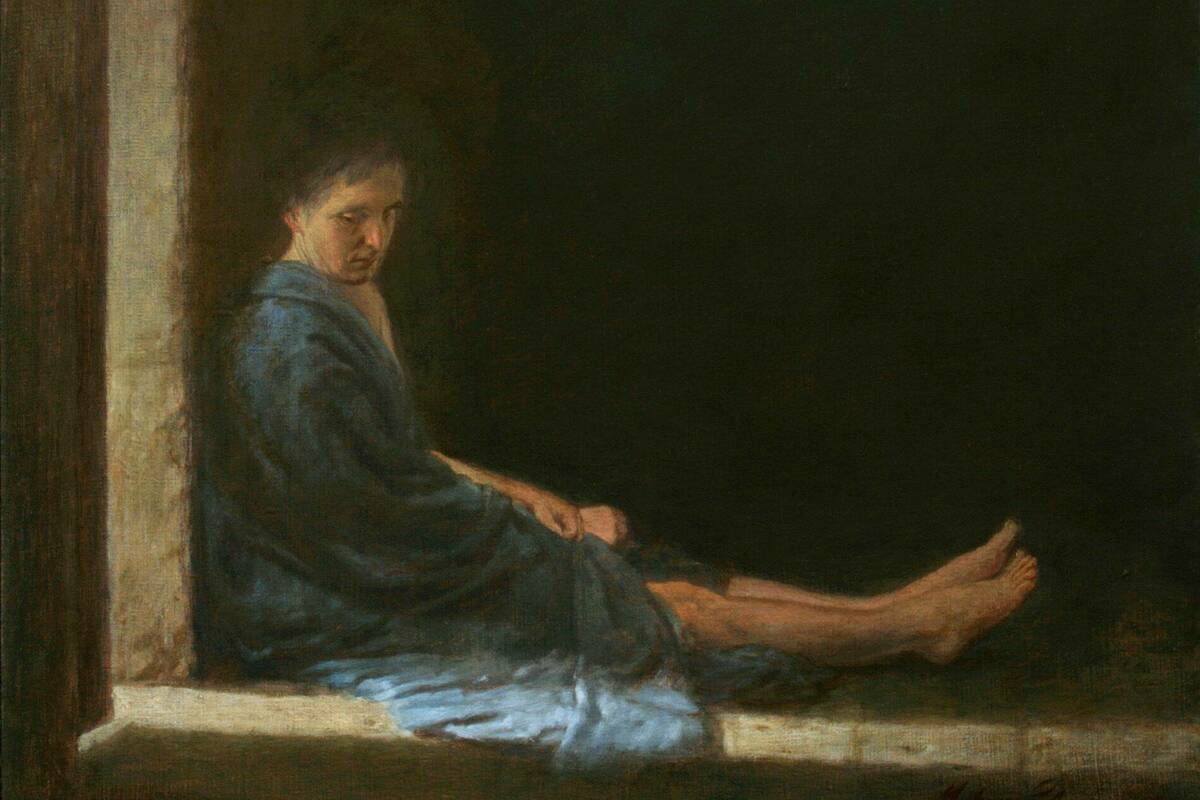 Near the beginning of Lent each year, it is not uncommon for parishes to print in their bulletins the required penances for the season. Catholics are required to fast and abstain during Lent. By fasting, we mean that we are allowed up to one full meal, and two smaller meals that together do not add up to another full meal. By abstaining from meat, we mean flesh meats, excluding water-dwelling creatures, such as fish, and apparently, muskrat and capybara. Clear?

Non-Catholics, and not a few Catholics, will poke fun at the specificity of these requirements. We begin with a desire to offer sacrifice during a penitential season and are soon looking up how much time a given amphibious creature spends in the water versus outside of it. How did we get here?

Such punctiliousness can strike us as legalistic and pharisaical, keeping the letter of the law while violating the spirit of the law. Yet the desire to fulfill the law is itself a good. We want to do what we ought to do, and so we want to better understand the boundaries.

One could take various approaches to answering these pastoral questions. We might define two types of pastoral approaches, one qualitative and the other quantitative. Consider a pastor who is asked what constitutes fasting, or “how much can I eat and still keep to my obligation?” A pastor might answer, “One full meal and two smaller meals that together do not add up to a full meal.” This is the quantitative answer: he gives an amount, a portion, a somewhat physically measurable standard. Or, a pastor might answer: “Eat for strength, not for satisfaction.” This is a qualitative answer: it asks the individual to examine whether she is maintaining the spirit of fasting by reflecting upon why at this moment she would choose to eat.

We might equate the quantitative approach with the letter of the law and the qualitative with the spirit of the law. At the heart of Jesus’ critique of the Pharisees was a call to not lose sight of the law’s spirit, as when he asks them rhetorically whether it is lawful to save life on the Sabbath (see Luke 6:9).

While some are suspicious of the invocation of the “spirit of the law” as a smokescreen for subjective relativism, this principle is indispensable, since, as the Angelic Doctor reminds us, it is impossible to legislate every concrete situation in human life:

Since human actions, with which laws are concerned, are composed of contingent singulars and are innumerable in their diversity, it was not possible to lay down rules of law that would apply to every single case. Legislators in framing laws attend to what commonly happens: although if the law be applied to certain cases it will frustrate the equality of justice and be injurious to the common good, which the law has in view (ST II-II, q. 120, a. 1, c.).

All of these examples bring to mind a key phrase from Pope Francis’s Amoris Laetitia:

We have long thought that simply by stressing doctrinal, bioethical and moral issues, without encouraging openness to grace, we were providing sufficient support to families, strengthening the marriage bond and giving meaning to marital life. We find it difficult to present marriage more as a dynamic path to personal development and fulfillment than as a lifelong burden. We also find it hard to make room for the consciences of the faithful, who very often respond as best they can to the Gospel amid their limitations, and are capable of carrying out their own discernment in complex situations. We have been called to form consciences, not to replace them (AL §37).

Again, some have read this as an appeal to conscience uber alles, or a relativizing of moral principles. Yet this would be mistaken. To understand a text, you must understand what that text is responding to.

We must bear in mind that Pope Francis and his cohort of ecclesiastics would have been educated in manuals of moral theology, which tended to state general moral principles and then list the circumstances which might mitigate or excuse one from them. Let us use as our example the classic Moral and Pastoral Theology volumes by Henry Davis, first published in 1935. For example, in considering the question, “What circumstances might excuse me from the Sunday obligation to attend Mass?” the manuals, rather than stating principles by which the individual could judge his situation, instead listed the exceptions.

First, the precept is set out: “All the faithful who have reached the age of seven years and have the habitual use of reason are bound under serious sin to hear Mass on Sundays and holy days” (59). But what constitutes the “hearing of Mass”? “The intention must be at least the virtual intention of assisting at the external rite. Consequently, one who did not know Mass was being celebrated, or who was in a deep sleep at the time, could not have had any intention of assisting at Mass there and then” (60).

One must be bodily present, which means “in the church itself, or if outside the church, must be one of the number of those who assist at and offer the Sacrifice, or if in a neighboring place, not far away, or if in the sacristy, must be externally attentive to the Mass.” But how far away is too far? “The precise distance is hard to determine,” but as long as one can see or hear the Mass, or see others who are assisting at Mass, “not, however, more than about forty paces clear from the rest of the worshippers,” it suffices.

He later notes that whether attendance at a Mass celebrated on a ship fulfills the obligation “depends on whether or not the altar is fixed and set up in a definite place on the ship” (63).

If you were to ask Catholics of a certain generation, “How much of the Mass do you have to attend for it to ‘count’ for your obligation?” they might well respond, “Between the Gospel reading and the consecration,” a common manualist judgment. Davis responds: “They are mistaken in thinking they act up to the spirit of Catholicism by being in time for the Gospel, a very common error, and clarifies that “bodily presence, as described, must be continuous during the Mass from the beginning to the last Gospel exclusively” (63).

Still, when the faithful ask how much of Mass suffices, Davis answers: “Mass will not be heard substantially if the following parts are omitted: all up to the prayer of the offertory of the Mass . . . all up to the Gospel inclusive together with all after the Communion; all from the Preface to the Pater Noster; both the Consecration and the Communion; the Consecration of both or even of one species” (61). However, Davis allows for the possibility of satisfying one’s obligation by attending distinct parts of multiple Masses: “If a notable part of Mass is missed, that amount of another Mass should be heard if possible,” but that “involuntary absence during either Consecration or Communion would not certainly impose the obligation of hearing another Mass.”

Does it suffice if we are present at Mass but not listening? Davis states that “at least confused attention is necessary and probably sufficient.” However, one is not permitted to write, read secular books, talk earnestly, or sleep.

When might one be excused from the obligation? While Davis gives a general principle—“any moderately grave inconvenience to mind or body, or to temporal goods, either of oneself, or of another, excuses from the precept”—he then gives a list of such inconveniences (since one will invariably ask for an example), including:

We see the manuals and present approaches aim to answer a common problem: how to respond when the laity ask for the outlines, the minimums, the lowest common denominator needed to meet the requirement. But while the manual tradition sets that bar (and sets it low in many cases), it is not difficult to see why this tactic is self-defeating. To give specific and detailed guidelines on meeting the requirements of the moral law can produce in us the conviction that the primary goal of the moral law is fulfilling the letter, regardless of the spirit. It is a pharisaical approach to the moral life.

If I know I am obliged to attend Mass, but I deliberately attend Mass forty paces away from the Church, giving only partial attention to what is played over a loudspeaker, and am satisfied that I have fulfilled my obligation because a manual stated this sufficed, I have let the manual replace my conscience. This is the mindset that the quote from Amoris Laetitia is responding to. It is not a permission slip to set the Church’s teaching aside at will as one opinion among several, but an invitation to take the moral life seriously, and let our own ecclesially formed mind and will act as we navigate the challenges of our days.