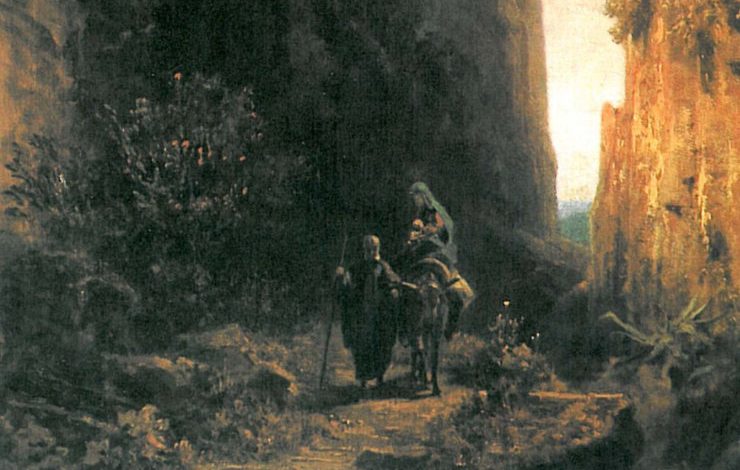 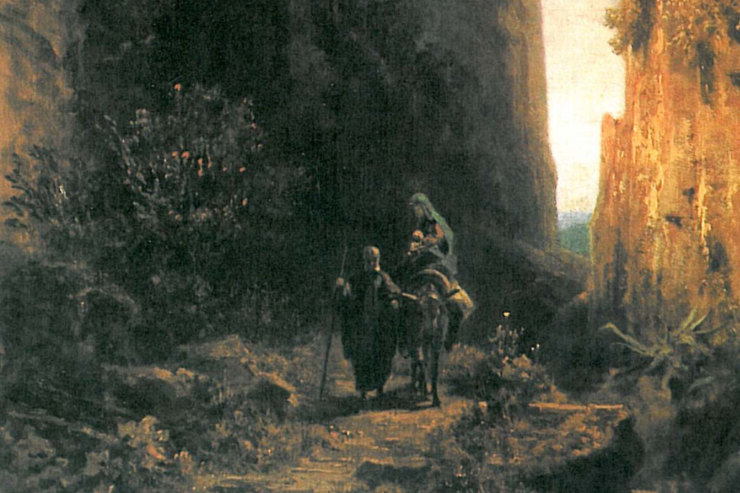 On the fourth day of our Christmas celebration, The Church reminds us that not everyone is joyful; that there exist those who are not of goodwill who do not wish to receive the season’s happy tidings.

Today is the Feast of the Holy Innocents in which the Church recalls and honors those baby boys whose lives were taken in a murderous rage by Herod who was frightened by the coming of the Christ. The Holy Innocents are numbered by the Church among Christ’s martyrs. The Baby Jesus was saved from this slaughter when the angel of the Lord warned Joseph of the danger.

« …the angel of the Lord appeared to Joseph in a dream and said, ‘ Rise, take the child and his mother, flee to Egypt, and stay there until I tell you. Herod is going to search for the child to destroy him.’Joseph rose and took the child and his mother by night and departed for Egypt. He stayed there until the death of Herod, that what the Lord had said through the prophet might be fulfilled, ‘Out of Egypt I called my son.’

“When Herod realized that he had been deceived by the magi, he became furious. He ordered the massacre of all the boys in Bethlehem and its vicinity two years old and under, in accord with the time he had ascertained from the magi. Then there was what had been said through Jeremiah the prophet: ‘a voice was heard in Ramah, sobbing and loud lamentation; Rachel weeping for her children, and she would not be consoled, since they were no more ‘ » (Matthew 2:16-19).

St. Augustine has this to say about Herod’s persecution of Jesus and the Holy Innocents.

“And while he thus persecutes Christ, he furnished an army (of martyrs) clothed in white robes of the same age as the Lord.

“I can’t wait to see how this unrighteous enemy never could have so much profited these children by his love as he did by his hate; for as much as iniquity abounded against them, so much did the grace of blessing abound upon them.

« O blessed infants! He only doubts that the baptism of Christ has a benefit for infants. He who at his birth had Angels to proclaim him, the heavens to testify, and Magi to worship Him, could surely have prevented that these should not have died for Him, had he not known that they died not in that death, but rather lived in higher bliss. He is the one who has died in his hands, when he is hanging on the cross he prayed for those who put him to death. »(St. Augustine, quoted in the Catena Aurea

From the very beginning, the world rebelled against our Lord and sought to kill him, just like it did to his prophets before him. In the years and millennia that follow his coming, the world continues its attack against Him by attacking his followers.

So, on this sacred Feast of the Holy Innocents, we honor their sacrifice and memory and we offer glory and honor to our God. But we are also called to learn from their lesson. These innocent children did not have to die. Their death was not God’s Will.

Satan and his evil designs continue to wage war against the Holy Will of God. Many have been deceived into his evil. These innocent children had to die because their death was ordered by a powerful man who loved himself more than he loved God. Such men and women continue to attack the holy ones of God even in our day.

These numbers are so large that they numb the senses. But we must not dishonor these lives lost by ambivalence. And we must not be ignorant of the historical fact that the world and all too many of the world’s governments are not friends of Christianity.

The Church reminds us of this adversity on the Feast of the Holy Innocents, not to take away our joy and peace, but to prepare us for this life as pilgrims in a dangerous and inhospitable world. If we surrender to Him, trust Him, strive to live according to his commandments and take refuge under his care. In turn, we should work tirelessly to defend and promote innocent human life in whatever way God calls us. Ask Him today in which way he wants you to serve.

Holy Innocents of Bethlehem, pray for us.