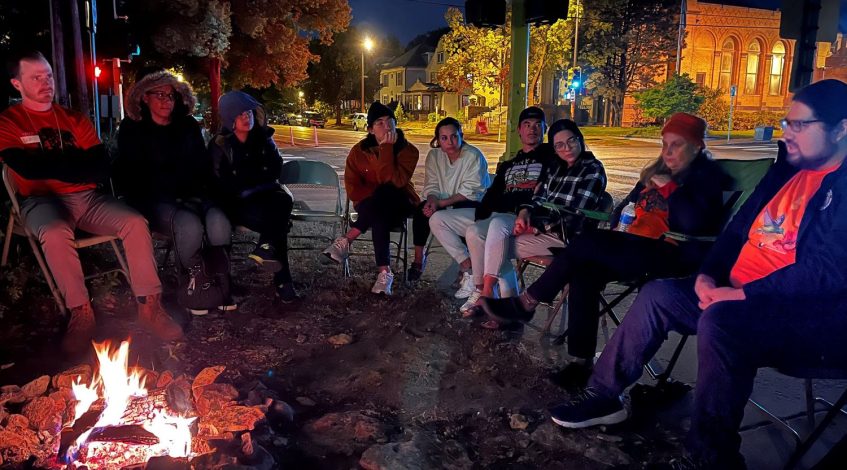 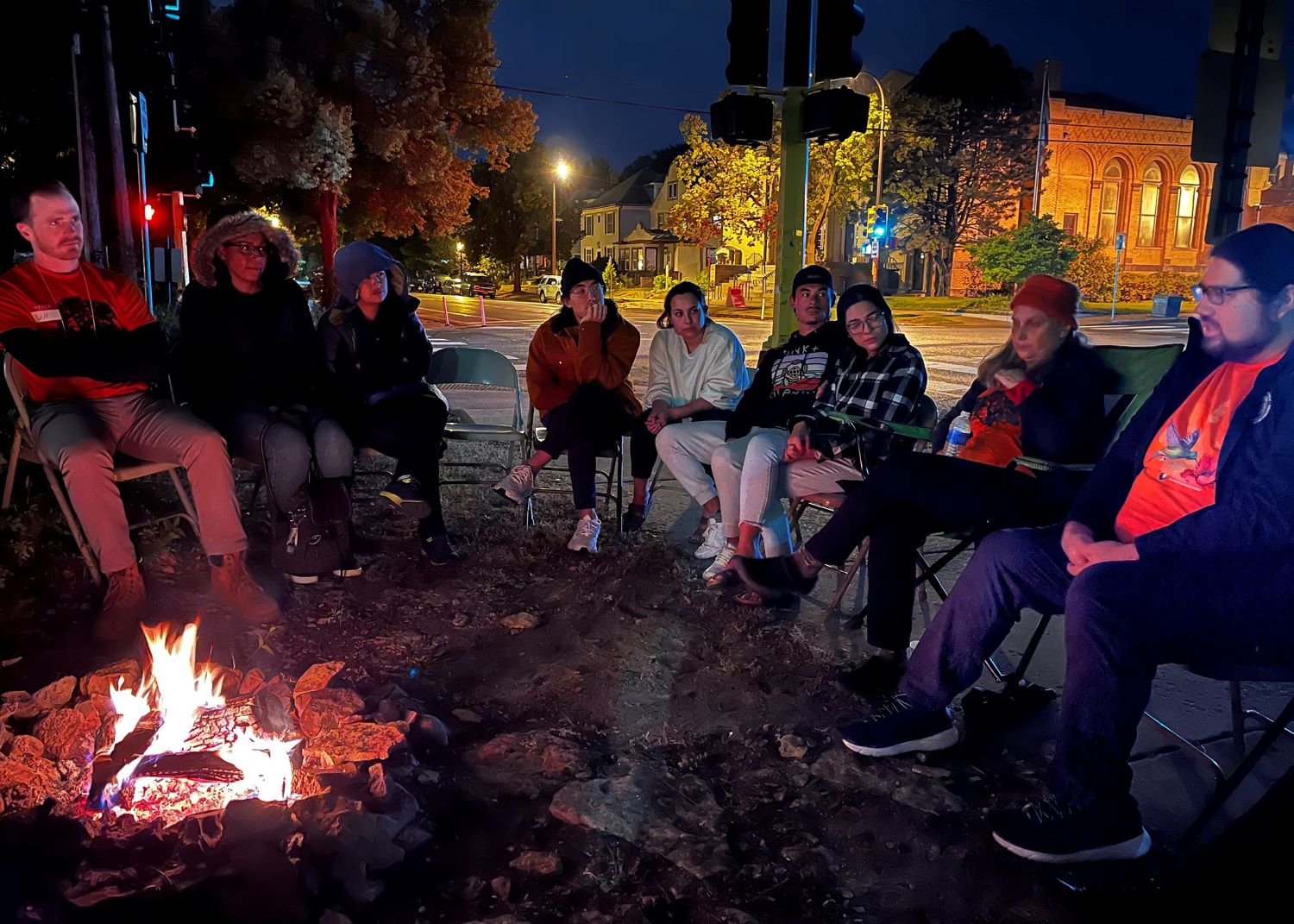 MINNEAPOLIS (CNS) — As a child, Virgil Blacklance heard stories about Indian boarding schools, one of which his father attended.

He recalled that after events like powwows concluded, families would often go back to their encampments and gather around fires where “the old people” would sit and visit, he said.

When Blacklance and other children grew tired from playing, they’d sit and listen to their stories.

Blacklance, 56, remembers hearing his father, who died in his 90s several years ago, his uncle and “his aunties” talk about what boarding schools were like, and it was mostly negative. “They (were) … scared in a new environment they weren’t used to,” he said.

The children’s hair was cut and some students were sexually abused, Blacklance said. A childhood friend of his father took his own life because “he just couldn’t take the trauma,” he said.

But, his father and other schoolmates would sometimes take “little buckets” with some bread and “scurry into the woods” where the nuns and others couldn’t see them, Blacklance said. “He said that’s the only way that he kept his language,” because out of earshot of boarding school staff, the boys could speak to each other in their native tongue. Those who didn’t lost their language, he said.

Blacklance, a member of the Lower Sioux Indian Community, Mdewakanton Dakota, grew up in Minnesota. He serves as a spiritual adviser for Gichitwaa Kateri Catholic Church in south Minneapolis, which includes handling “the spiritual side” of wakes for Native Americans’ loved ones, he said.

Blacklance relayed his recollections in a Sept. 30 interview with The Catholic Spirit, the archdiocesan newspaper, during a 12-hour prayer and “watch fire” event at Gichitwaa Kateri.

He and Phillips shared opening remarks at 6 p.m. and the gathering ended at 6 a.m. Oct. 1. It was day one of “Walking Together: Twin Cities” events that invited prayer and pilgrimage for healing from lasting harms suffered by Native Americans attending boarding schools, and their families, decades ago.

Phillips said other goals of the event included increasing understanding of what happened and how it impacted people and, as members of the local church, “what does God want us to do?”

With temperatures in the 60s, partly cloudy skies and occasional raindrops, participants moved outside as a “watch fire” was lit. They prayed, sang and listened to speakers throughout the night.

Indian boarding schools have drawn attention in the United States and Canada since 2021, when remains of children were found buried at a former Indian residential school in Canada.

The U.S. Department of the Interior in May identified 408 schools in 37 states or U.S. territories that tens of thousands of children were forced to attend from 1819 to 1969.

A watch fire is rooted in Catholic and native traditions, Phillips said. It is used at some Catholic parishes on Good Friday, he said. And it’s being willing to spend an hour with Jesus, as many do in adoration of the Blessed Sacrament, he said.

Fire is a powerful symbol of prayer and gathering for the Ojibwe and Dakota people, Phillips said. “So American Indians can … relate to it from their spirituality, which is a little different than what the watch fire is, but we all come to a prayer with our own kind of spirituality and bring it together,” he said.

At midnight, Maka Black Elk, director of the boarding school healing for St. Francis Mission in Pine Ridge, South Dakota, described his work trying to promote this healing. He is a descendant of Nicholas Black Elk, a candidate for sainthood.

At 3 a.m., Robert Harrman, administrative intern at Gichitwaa Kateri, discussed the work of “allies” in boarding school truth and healing efforts. And at 6 a.m., before the fire was extinguished, parishioner Gypsy LeMoine described healing circles and a path to healing through culture and tradition.

Inside the church hall, hot soup, snacks and beverages, including homemade cedar tea, were available for breaks throughout the evening and overnight hours. “Stations” were available with rosaries and the chance to make “prayer ties” that could be hung on a sweat lodge replica elsewhere in the building.

Meagan Phillips, a parishioner of the Basilica of St. Mary in Minneapolis, brought her daughter Abby, 11, to the watch fire. Phillips, 44, is a teacher at Albertville Primary School and Big Woods Elementary School in St. Michael.

She also serves on the American Indian Advisory Committee for the St. Michael-Albertville School District.

“I’m a white Catholic teacher, so I’ve learned a lot about what a lot of white Catholic female teachers have done to Indigenous peoples through the boarding schools,” Phillips said. “Even though I was never a part of it, I feel that the only way we can make a better present and a better future is if we here today take steps in solidarity to be here with others, both physically present and also spiritually present.”

Phillips said she brought her daughter because “I think it’s important that we as a family live out our values in a very real way.”

Umberger is on the staff of The Catholic Spirit, newspaper of the Archdiocese of St. Paul and Minneapolis.