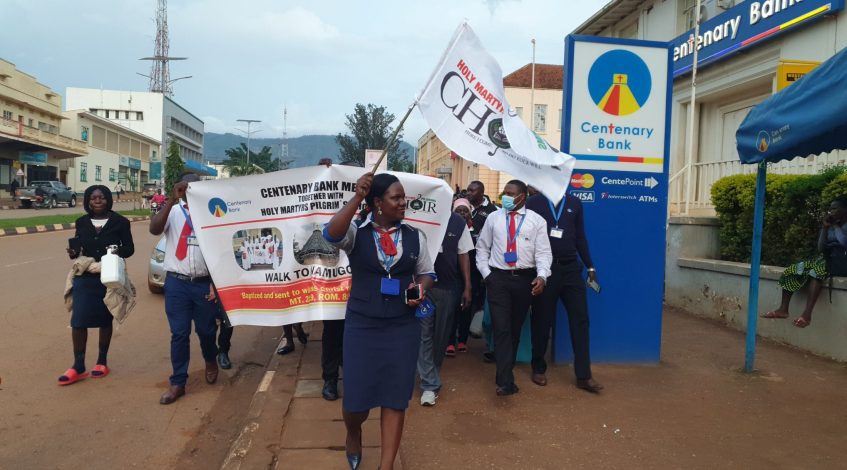 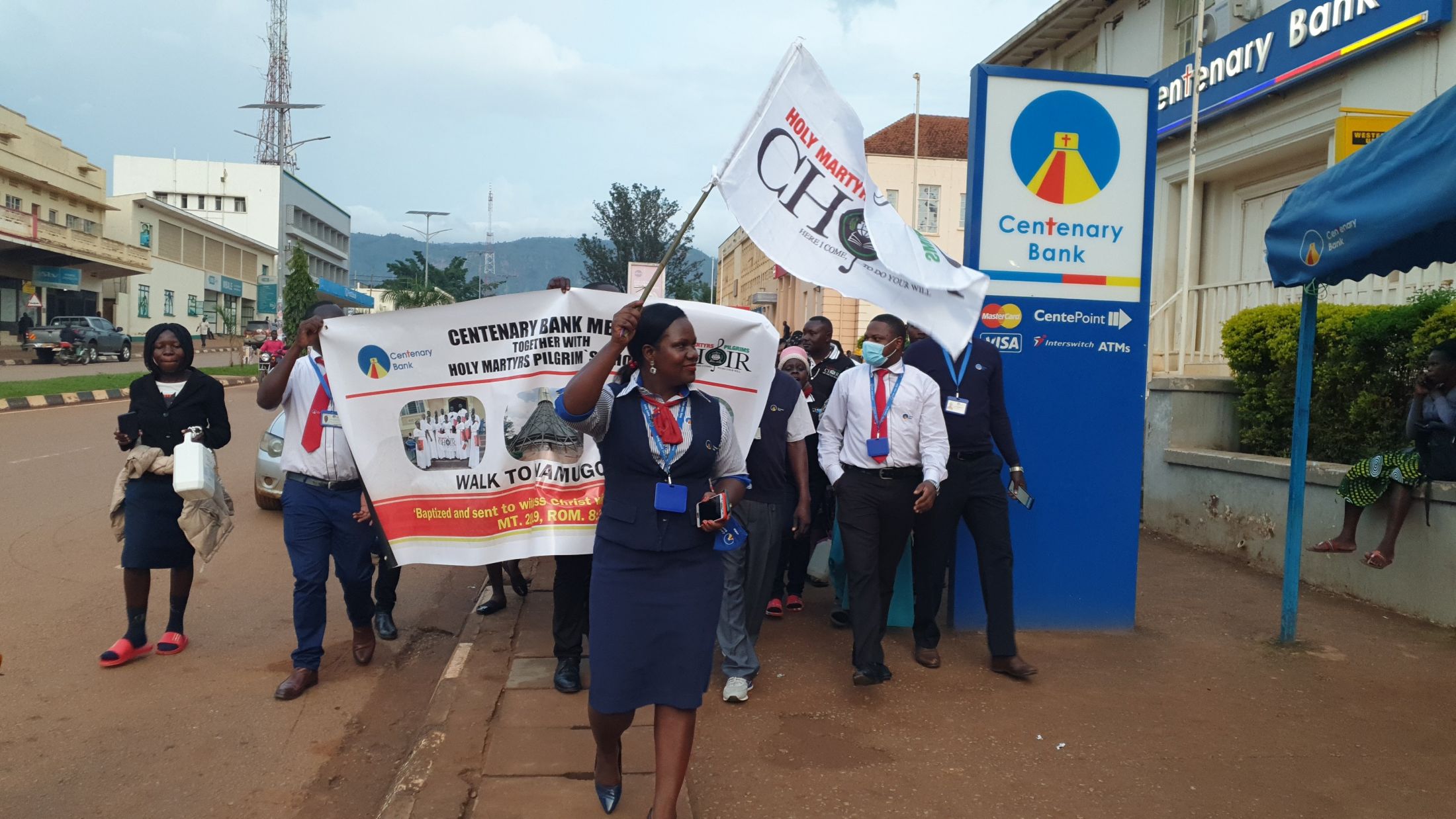 KAMPALA, Uganda (CNS) — Thousands of pilgrims from across Uganda and neighboring countries converged on Namugongo, a Kampala suburb, after walking for days to join the country’s annual Martyrs Day observance.

The day is observed June 3 at Namugongo Shrine, built on the site where 45 people, including 22 Catholics, were burned to death on orders of the king of Buganda from 1885 to 1887.

This year, pilgrims have focused on praying for peace and the end of human rights violations, especially against political opposition leaders and teenage girls undergoing female genital mutilation.

They have also been praying for Uganda’s economy, which has seen fuel prices spike because of the war in Ukraine and the cost of basic necessities such as bread, sugar and cooking oil rise proportionally.

“We pray with the Uganda martyrs to help us overcome the problems that have been brought about by the COVID-19 pandemic and the Ukraine-Russia war,” said Lilian Akumu, a parishioner at Bukwali Catholic Church in the Diocese of Fort Portal, in western Uganda. She said she walked for days, a distance of 180 miles.

Akumu, 43, said Russia and Ukraine had been major producers of commodities used by Ugandans. However, the conflict has led to disruptions of supply, causing global prices to soar, especially for oil and natural gas.

“We have been praying along the journey to this place for God to intervene and help our country,” said the mother of four. “People are suffering and sleeping without a meal because of the consequences of the war. The coronavirus outbreak resulted in the loss of jobs and incomes of millions of people.”

Wilberforce Okello, a pilgrim from eastern Uganda, said he dedicated prayers for peace and tolerance. Uganda, he said, has experienced growing violence, including arrests and torture of government opposition leaders, corruption, and land wrangles.

“We want to take this opportunity to pray for peace in our country. We don’t want people to continue dying because of their divergent political views. The government should be tolerant and allow critics and freedom of speech,” he said.

Bishop Robert Muhiirwa of Fort Portal, vice chairman of the Uganda bishops’ conference, arrived at the shrine with more than 2,000 pilgrims. He said this year’s celebration is focused on the theme “Baptized and sent to witness Christ with love and hope.”

“We are grateful to God for bringing us this far,” he told Catholic News Service. “We are not celebrating a social event but a spiritual event that’s supposed to strengthen our faith, and on this day, people died for the love of Jesus Christ and let everyone do likewise.”

Father Joseph Muwonge, who served on the Liturgy Committee for the celebration, said clergy from within Uganda and neighboring countries as well as government officials were invited to attend. However, he noted, the number of pilgrims who arrived at the shrine by June 3 was much less than in 2019 before the pandemic.

“We thank those who have arrived for the Mass despite the long journeys and challenges that the pandemic has brought to this country. It is the best way to honor Christ and the sacrifice of the martyrs,” he said.