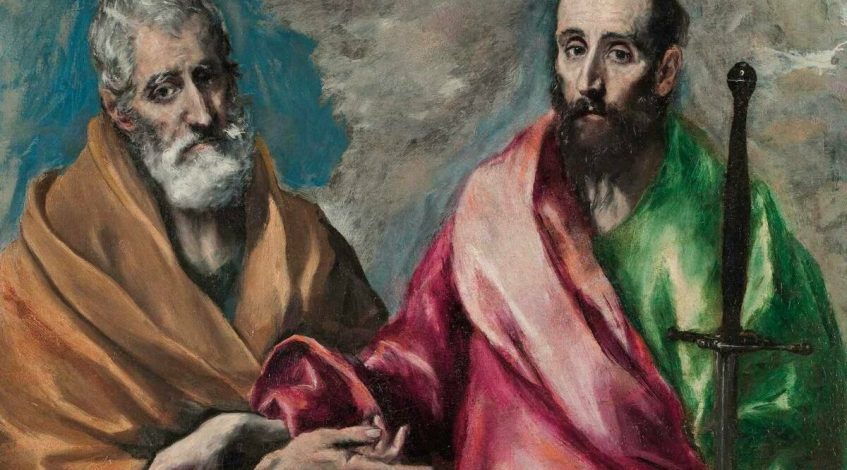 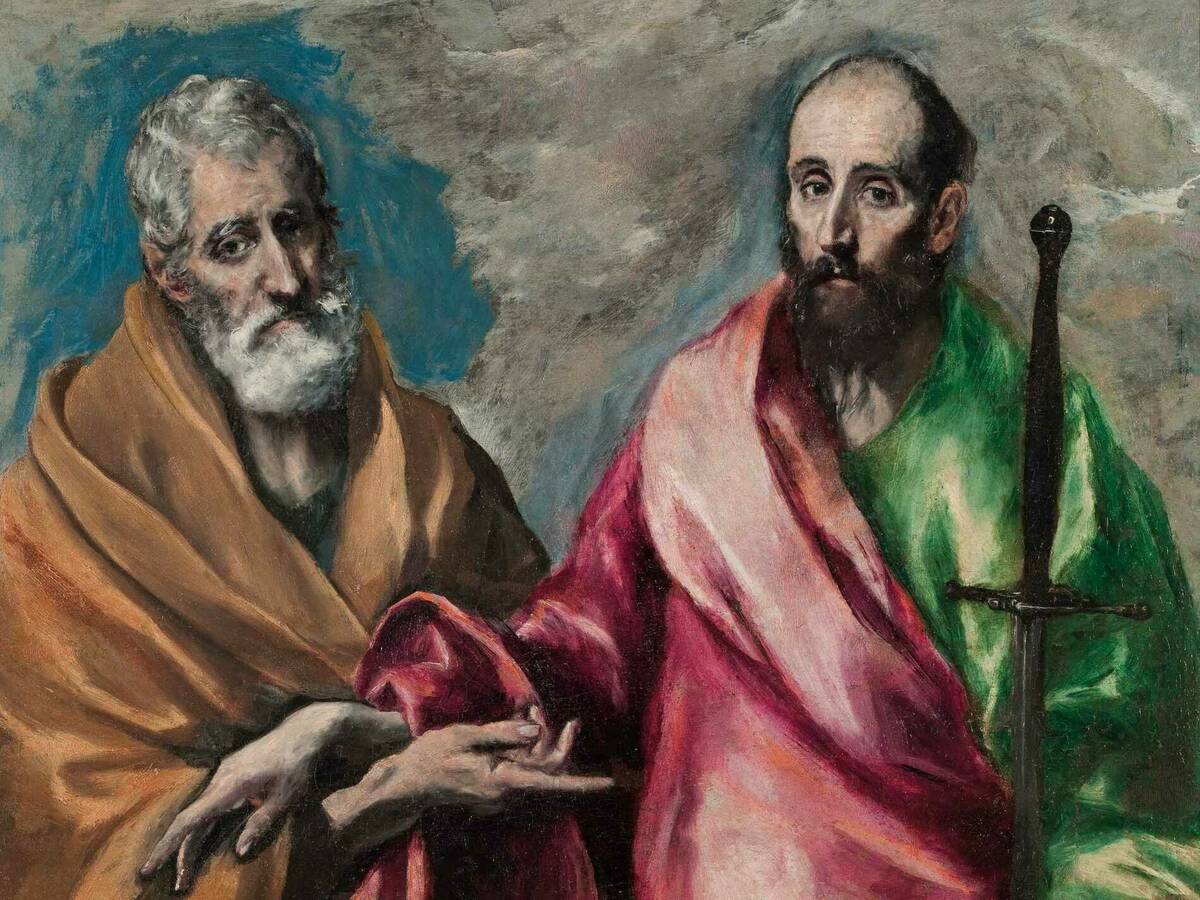 Let us face it: our history tells us that deep divisions have been annoyingly persistent in the Church. From the very beginning, Peter and Paul—whose feast day we celebrate together on June 29 as pillars of the Church—went at it pretty hard over their fundamental differences. Paul even speaks of confronting Peter dramatically (“to his face”!) when the fisherman came to Antioch.

And this was just the beginning. Jerome and Augustine, two of the most brilliant minds of the Church, did not get along—and there are letters between them to prove it. As archbishop of Constantinople, St. John Chrysostom was deposed and banished. St. John of the Cross was kidnapped and held prisoner by fellow members of his own Carmelite order. For centuries it was Franciscans versus Dominicans and Jesuits versus just about everyone else. The sheer number of disputes testifies to how difficult it is to foster unity, even among people who share so much in common.

As the secular culture frays around us, we must ask ourselves: “What is this thing that binds us all together?” The answers are less than clear, especially as more and more of us define ourselves primarily by opposition to large numbers of our fellow citizens. Social media plays a significant role here—but it serves as more of an accelerant than actually providing the flame. The foundational problem is one of idolatry, especially political idolatry. The Gospel of Jesus Christ (um . . . spoiler alert) cannot be made to fit into any secular political party or agenda. But many US Catholics, it turns out, appear to have a stronger commitment to a secular political vision than to the Gospel as understood by Christ’s Church. The success or failure of our political program or tribe often drives our ultimate concerns—and thus we imagine (or simply ignore) the Gospel with this narrow view in mind.

Enormous amounts of money are used by powerful people and institutions in order to achieve secular political objectives and goals. It is worth noting, however, that this same money often fuels Catholic figures and institutions—but only if they are clearly serving these same secular political objectives and goals. Antagonistic identities make it difficult to have national conversations, much less debates, about anything of importance. For, as political commentator David French puts it, “When you argue politics with a person, you’re often not simply asking them to change their mind, you’re often asking them to change their identity. You’re asking them to possibly lose their community and forfeit friendships. You’re sometimes asking them to shift the very sense of purpose that has defined their life.”

But with more money comes more resources and influence, including within the Church. Thus, the people and institutions within the Church that have the most influence tend to also be those that are most energetically serving secular political interests—since that is where the money is. And when we think about the synergic way in which money, influence, politics, and social media work together we get what some have called “the big sort.” For all the talk about diversity in our current moment, most of us (of nearly all political persuasions) are choosing to live not only our virtual lives with those who are pretty much like us but also our actual, embodied lives. We sort ourselves into states, cities, and townships with people who are very much like us. We attend cultural events with people who are very much like us. Many of us even go parish shopping in order to worship with people who are very much like us.

And again, these kinds of relationships reinforce, rather than challenge, our biases. They keep us in a comfortable shell: a kind of safe space in which we rarely encounter views different from our own and where those in our orbit reassure us that others who hold such views are not worth engaging in any serious way. In order to maintain these kinds of biases, we must flatten the views of “the other” into a thin, even dehumanizing, caricature. We must use lazy shorthand in order to maintain the kind of distance necessary for us to dismiss them without thinking. If we connect with the fullness of our perceived opponent’s humanity, after all, we risk forming the kinds of genuine connections (and even affections!) that make people more difficult to discard. But there’s no need to engage with people we flatten into “woke social-justice-warriors,” “out-of-touch bishops,” “alt-right white supremacists,” “lukewarm beige Catholics,” “pro-lifers obsessed with pelvic issues,” and so on.

Indeed, when we flatten our fellow Catholics into thin caricatures of who they really are—so fundamentally misguided or even evil—it can become difficult to imagine how conversation is even possible, let alone desirable. Or even whether it would be moral to legitimize a point of view by engaging in dialogue in the first place. Perhaps the differences between us are so great, and the views of “the other side” so manifestly evil, that engagement must simply be abandoned in favor of raw power plays. Plus, these kinds of caricatures help affirm my identity in opposition to the other. The good people in the Church? Those worth engaging? Well, it turns out they are pretty much like me. And by that, I mean . . . well . . . not them.

But this is not how it should work for our Catholic family. Our diversity of views and approaches should not lead us to define ourselves by opposition to each other. Instead, we should understand that our identity comes from our relationship with God in Jesus Christ, as well as with other Catholics who make up different parts of the mystical Body of Christ into which we have all been baptized. Our disagreements with each other do not risk our primary and ultimate identity as one Catholic family.

Healthy families still have fights—sometimes really bad fights. But healthy families rest in the security of knowing that they remain family throughout it all and that those bonds will not be broken. So it should be with our Catholic family. In the US Catholic generation inhabited by my great-grandparents, there was simply no other way to be: their Catholic faith ran the show. Though I did not understand why she asked me at the time, my great-grandma Mary’s only question to me after meeting my first girlfriend was “Is she Catholic?” Is it possible for US Catholics to recapture the sense that being Catholic is the most essential part of who we are? This goal should be in the hearts of all of us as we pray because God’s grace will certainly be necessary for helping to bring it about.

But I also think about the on-the-ground realities in the United States and feel hopeful. We have seen how Catholic immigrants, especially, help remind us of our primary loyalties. The collapse of US secular political parties and other major institutions, the slouch toward virtual reality and the “metaverse,” and the COVID-19 pandemic have all led to unprecedented numbers of people searching for real communities that can give their lives meaning. Rather than being mere vending machines for the sacraments, Catholic parishes need to step up and become those real communities of genuine, embodied encounter across differences with others and especially with Jesus Christ in person, in the flesh of the Holy Eucharist. After all, the closer we get to Christ, the closer we get to each other.

It is also up to many (most? something close to all?) of us to attend our territorial parish—the parish of our actual embodied, local community—and not just go “parish shopping” to have our individualistic needs met. Among other things, that risks replicating our isolated bubble, containing only folks who think pretty much as we do. Sure, in our current cultural and political moment, it will not be easy to work on encounters with people who think so differently than we do. But never forget Jesus forsaken. If we are not willing to embrace him, then we simply are not going to achieve unity-in-diversity.

If recent history is any guide, the next two to three years are going to be very difficult ones for large communities of people with substantial political and ideological differences. The Catholic Church is definitely included. We must be as clear as we can be that though civil authority plays an important role in our lives (and especially the lives of the most vulnerable), it is not our ultimate authority and certainly nothing like our ultimate concern.

Though it can be good to participate in the political process and work to achieve just political ends, that is only so if we intentionally put what is going on into perspective and refuse to make an idol of the process or the results. We must always see our fellow Catholics as members of our family first and secular political opponents second. Different, but the same.

For US Catholics to move toward the goal of being united in our diversity, we need to make progress on several knotty problems that—let us be honest—do not seem to have super clear solutions. We will need the Holy Spirit to do something new in us. No frivolous happy talk here!

In the face of such challenges, let us ask for the intercession of our Blessed Mother. And let us invoke, in particular, Our Lady, Undoer of Knots. Devotion to her has exploded in many places all over the world in the last three decades or so, and she has a special place in the spiritual life of our Holy Father, Pope Francis. The devotion’s history goes all the way back to St. Irenaeus of Lyons, Doctor of Unity, and his Against Heresies, in which he writes that the knot of Eve’s disobedience was loosed by Mary. Let us ask our Blessed Mother to join in the prayer of her Son that all may be one. Mary, Undoer of Knots, pray for us.

EDITORIAL NOTE: This is an excerpt from One Church: How to Rekindle Trust, Negotiate Difference, and Reclaim Catholic Unity by Charles Camosy. It is reprinted here with the kind permission of Ave Maria Press, ALL RIGHTS RESERVED.