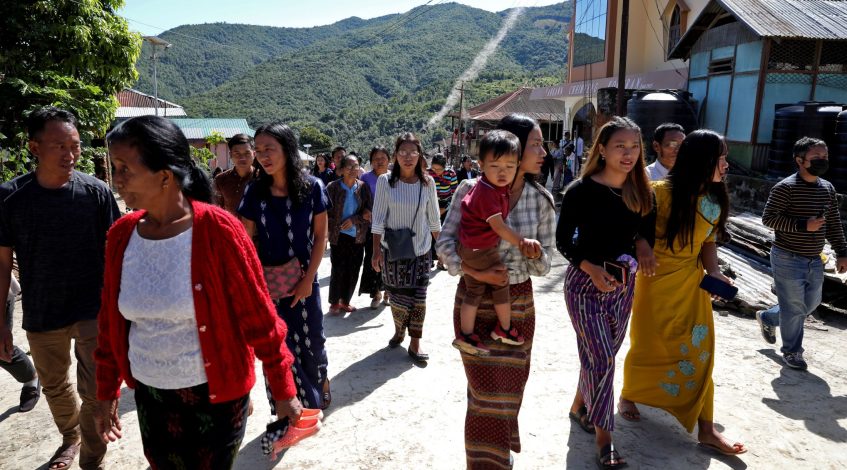 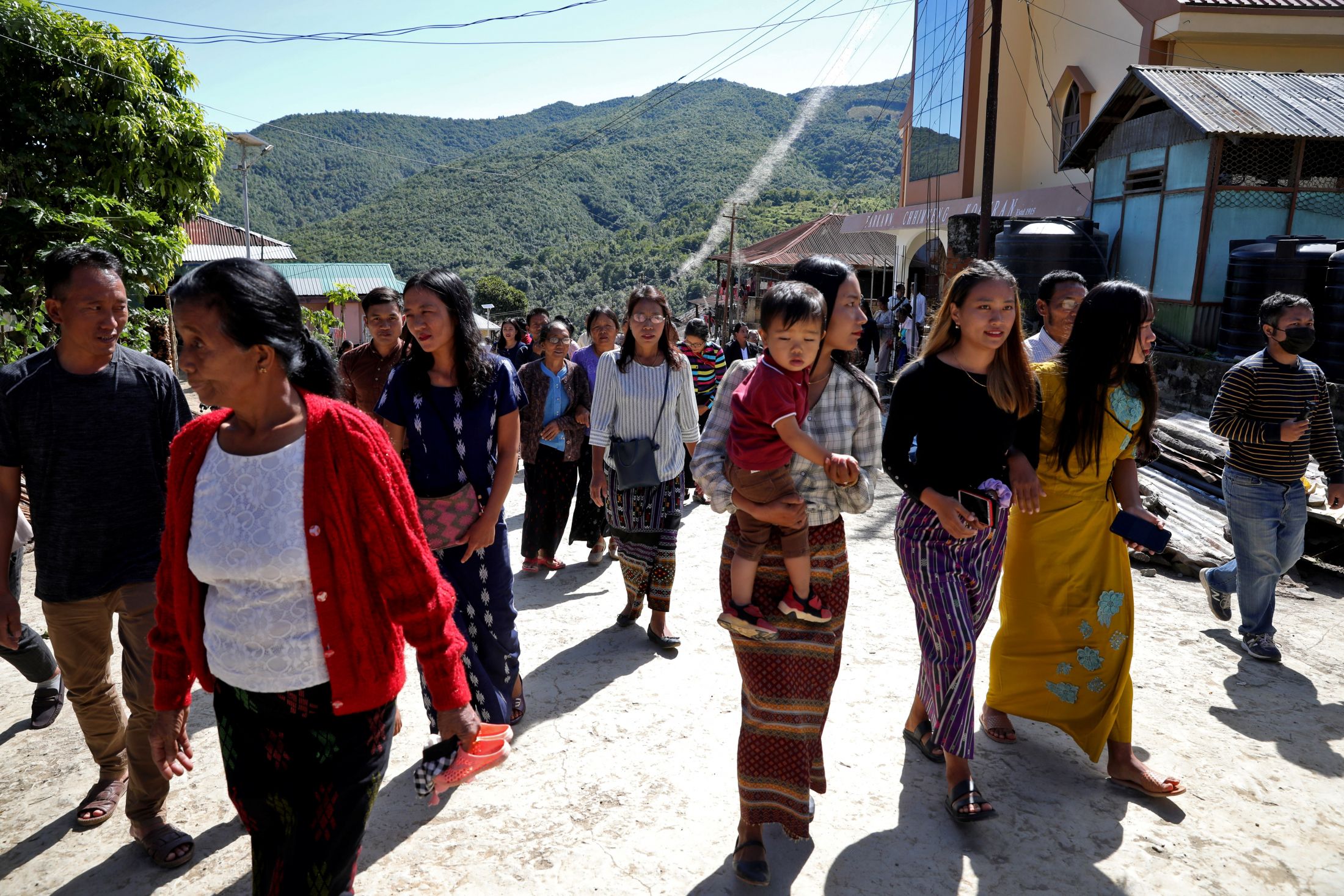 MANDALAY, Myanmar (CNS) — Archbishop Marco Tin Win of Mandalay has called for human dignity and property to be respected following attacks on civilians in several villages by Myanmar’s military junta.

“I am deeply disheartened to learn about the suffering of thousands of people, especially from villages, including Catholics whose homes were burned, properties looted and who have become homeless, displaced and in dire need of food and shelter,” Archbishop Tin Win said in a video message released July 17, ucanews.com reported.

“Their villages are becoming a land of ashes lacking homes, trees and birds. I am also deeply sorrowful over thousands of our brothers and sisters who can’t live in their own homes and instead live in makeshift camps who are facing acute hunger,” he said.

“Food, clothing, shelter and healthcare are basic rights of all human beings so they need to be prioritized,” he added.

The 60-year-old archbishop appealed to concerned parties “not to burn and destroy civilian homes and respect their properties.”

His message, however, did not mention the military junta or the State Administration Council, which oversees the country.

The archbishop’s appeal came as the military forces escalated attacks on civilians with air strikes and artillery shelling in several communities, including the historic Catholic Mon Hla village in Sagaing region.

The extent of the damage to civilian homes, a church and convent in the village remains unknown. Thousands of Catholic villagers are seeking shelter in nearby forests and other safe areas because they fear returning to their homes.

The military regime has specifically targeted three historic Catholic villages in the Buddhist Bamar heartland of Sagaing in a bid to stamp out growing resistance by people’s defense forces.

The junta has also stepped up its offensives in the Magwe and Chin regions with artillery shelling, air strikes and the torching of houses in several villages, causing thousands of people to become displaced.

Archbishop Tin Win raised concern over people who have been missing and killed in several regions across the country.

“According to the teachings of the church, human existence and human dignity need to be respected,” he said.

The archbishop noted that Catholic villagers in the Mandalay Archdiocese affected by the ongoing conflict have been living peacefully alongside Buddhists for decades.

“They have mutual understanding and respect despite their differences and there have never been religious conflicts in those villages,” he said.

The historic Catholic villages have produced many clerics such as Cardinal Charles Bo and Archbishop Tin Win. He is the only Catholic leader to openly lend moral support to the pro-democracy protesters by standing in front of the clergy’s house in Mandalay last February.

The original story can be found at http://www.ucanews.com/news/myanmar-bishop-urges-respect-for-human-dignity-property/98080.