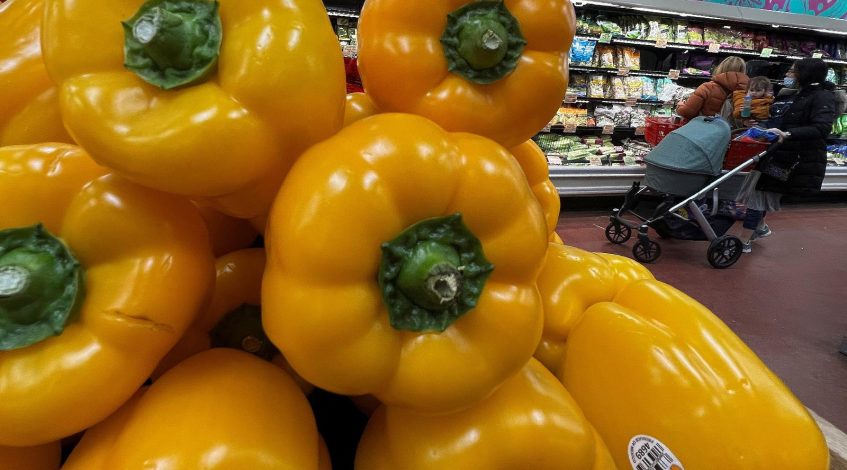 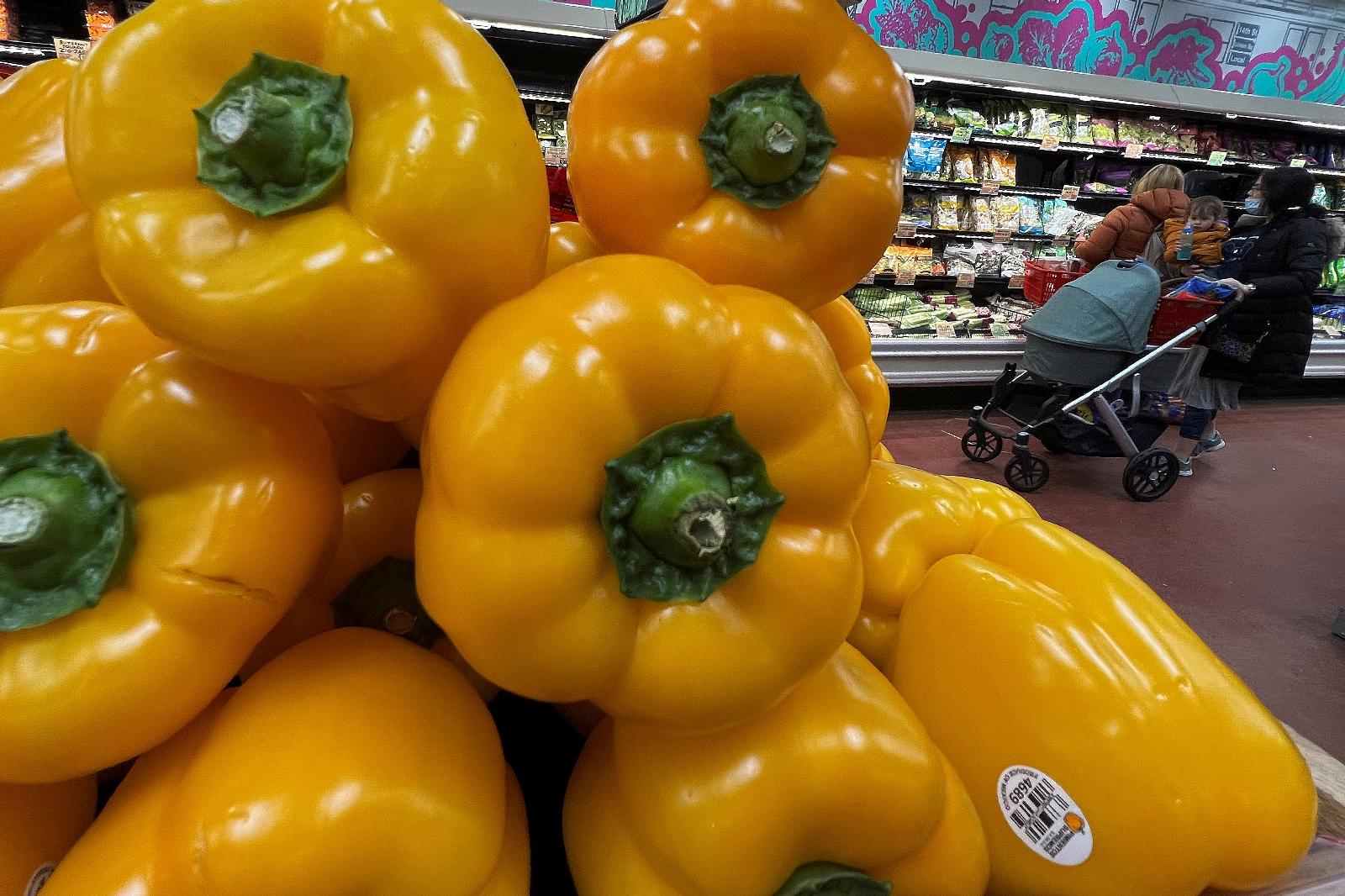 WASHINGTON (CNS) — The cost of food in the United States has been going up as of late, but that’s not the biggest problem as this year’s growing season begins.

What’s a bigger problem than high prices? You name it: dry weather, climate change, war and spot food shortages around the world.

“There won’t be a food shortage in America, but that is not what farmers think about. They concern themselves in a more global fashion,” said Lochiel Edwards, a Catholic farmer in southeast Montana. “There will be food shortages (elsewhere), and there have been, it’s not a new thing. But it’s going to be worse.”

According to Shelby Myers, an economist for the American Farm Bureau Federation, U.S. farmers have committed to plant more than 240 million acres of principal crops — corn, wheat and soybeans, with cotton in the mix. It’s the biggest commitment in nearly a decade, when just 1 million or 2 million more acres had been committed as of March 31 of that year, according to Myers in a market outlook report he penned for the Farm Bureau.

Edwards said higher prices are inevitable, given the convergence of conditions.

“Most of it are supply-and-demand problems not at the level of the farm or the beginning of the chain. Those prices are higher, too, because of various droughts in the world and the Ukraine-Russia conflict,” he said.

“But whatever those raw commodities paid to farmers are, they have very little effect on the price in the grocery store. If there’s a nickel’s worth of white flour in a loaf of bread, it doubles, it’s 10 cents. The price of bread will probably go up a dollar, two dollars, a loaf. The price of the raw commodities is just a very small part of food.”

James Ennis, executive director of Catholic Rural Life, noted that farmers are making money this year. And they might make even more before the crops come in. Often, the farmer, as the first link in the supply chain from seed to supermarket shelf, gets the short end of the stick.

“Farmers usually have a portfolio of strategies,” Ennis said. “They won’t put all their eggs in one basket.”

They may have a small percentage of their expected yield already committed in contracts to buyers. That, Ennis told Catholic News Service, gives them the option to hold on to the balance of their crop and make additional contracts later. Any contracts may give “a guaranteed price, but they’re locked in at that price.” Future sales could be made to cooperatives or to open markets.

“As soon as a farmer sells his grain, his buyer knows where it’s going, usually, and it depends on its geographic area,” Edwards said. “If I grow it, Montana is farther than Portland (Oregon). It’s geographic where those commitments are committed to go.”

Profit is good, said Ron Rosmann, a Catholic organic farmer in Iowa, but he’s not into price gouging. “We’re not waiting for the high price,” he said. “If it’s profitable, we may not hit the high (market price). We don’t hold all (crops) for a contract. We just try to average it out. If we’re happy with what we’re getting, we’re happy.”

Because of the Russian invasion of Ukraine, there is more competition for scarce commodities. Soybeans are one example.

“China’s the big user of soybeans and they travel quite a ways,” Edwards said. “And there’s newly developed biodiesel. The (soybean) growers are pretty excited about biodiesel,” which promises to do for trucks what ethanol does for cars: stretch out a finite resource — fossil fuel — with a renewable resource.

But that leads to a bigger question: Should crops be used as fuel for vehicles or fuel for humans? That leaves out the fact that many crops fatten cows, hogs and chickens for slaughter.

“In the big-picture scheme of things, the two major commodities of corn and soybeans are going to have tremendous competition in the future,” Rosmann said, noting the federal government April 12 gave its OK to raising the maximum of ethanol permissible in “unleaded” gasoline from 10% to 15% during the summer months, even though, Rosmann asserted, the new blend will result in more air pollution.

And “soy diesel is supposedly going to ratchet it (production) up because of the high prices of diesel nowadays,” he said. “What’s the best thing to do for climate change and what’s best for our earth and natural resources? I’m going to say it’s only going to hurt the environment” while “more people are going to grow more corn and soybeans” to meet the demands of competing markets.

“We’re going to do what we do,” Edwards said. “If you’re going to farm in Montana, you’ve got to expect drought every once in a while.” The state’s wheat yield in 2021 was down from the year before and early 2022 isn’t showing signs of improvement.

“Wheat is about as efficient a crop as you want,” according to Edwards. One alternative are “pulse” crops such as peas, lentils and chickpeas. But “if you don’t grow wheat, you’re not going to grow much of anything,” he said. “The chickpeas are more expensive to plant. And they’re much more dependent on water. If there is a shift it will be more in winter wheat and less in pulse crops.”

Rosmann thought beyond what he’s got in his fields.

“Beef and pork are also really high, I guess, because as feed costs go up, the corn and the soy protein has gone up, that has raised the meat prices,” he said. “But that is also because the meat people have a monopoly, Tyson and Smithfield, pretty much control, what is it, 62% owned by or under contract to Smithfield and Tyson.”

Rosmann added: “We’ve got to remember that we spend less for food than any other country. People think that food is God-given right. Cheap food is what makes America America. And that its somewhat of a historical thing. As agriculture got bigger and started producing, the emphasis was on production and yields in order to keep our food plentiful and cheap. That’s always been a part of government policy, that I know.”

But “I think that’s going to be harder to do as this competition for food and fuel keeps going unless we stop using food as fuel — this ethanol and soy diesel.”

An alternative, Rosmann said, is “food waste and garbage. We could be creating a lot of fuel from the food we throw away. Food waste or landfill waste. We wouldn’t have to be using our most precious resource — our soil.”

Rosmann called CNS after an initial interview to offer some practical advice to consumers.

“When food prices go up, a commonsense thing to do, even if you’re in an urban environment, if it’s possible, is grow a little bit of your own food. And don’t buy processed food! Buy the raw ingredients, the vegetables, and even the raw meat, and learn how to cook,” he said.

It produces “a kind of life that I’m talking about where we’re not having to have instant gratification and always having to have the easy way out. Those easy days are over, or they should be,” Rosmann said. “If we just used our heads. If food prices are going up, gee, what can we do? Eat out less often.”

He added, “I guess what I’m saying is grow your own, buy raw ingredients and don’t buy processed foods. They’re not good for you anyway.”

Edwards broke it down this way: “Every farmer wants good crops. He takes pride in his work,” he said. “At the end of the day, good crops are better income. That’s the name of the game. That’s what we do. That’s our business — to produce as much as possible.”