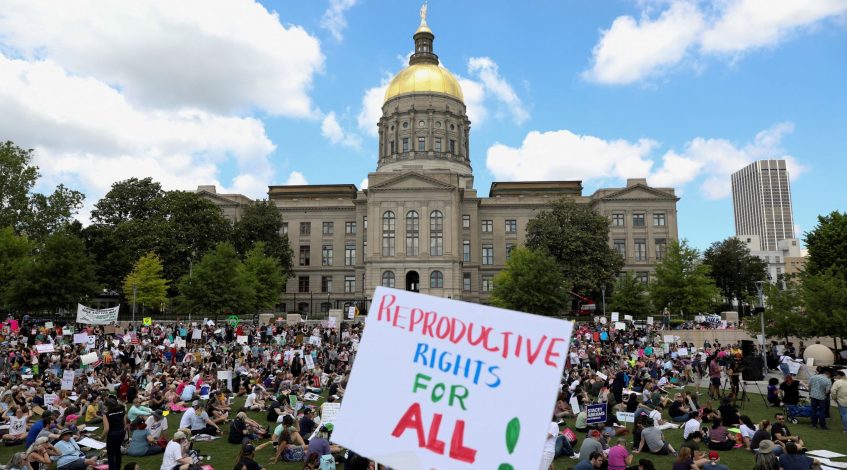 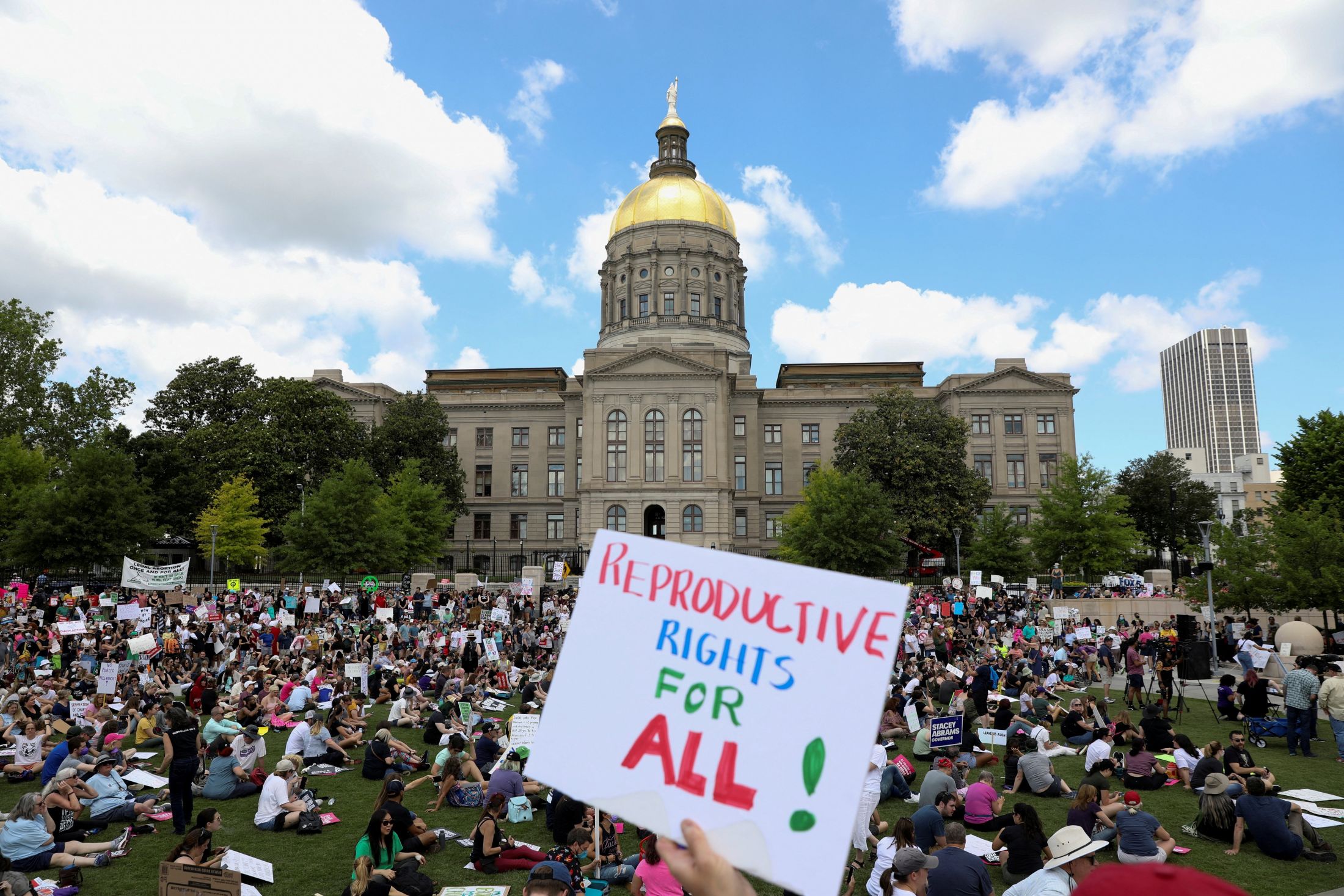 ATLANTA (CNS) — Georgia’s “heartbeat law” is now in effect after a July 20 ruling by the 11th U.S. Circuit Court of Appeals that reversed a lower court decision and said the law should be permitted to take effect immediately.

The law bans abortions once a fetal heartbeat is detected, which is about six weeks into a pregnancy. It makes exceptions to save the life of the mother and in the case of rape and incest, if a police report is filed.

It also makes exceptions to allow abortions when a fetus has serious medical issues.

His filing followed the Supreme Court overturning Roe v. Wade, which legalized abortion nationwide in 1973. The decision on Roe came in the court’s ruling in Dobbs v. Jackson Women’s Health Organization and emphasized that there is no constitutional right to abortion in the United States.

“We are grateful for the ruling from the 11th U.S. Circuit Court of Appeals upholding Georgia’s so-called heartbeat law,” Atlanta Archbishop Gregory J. Hartmayer said in a July 20 statement. “As I have said before, we are called to put our prayer and action into helping women and their babies.”

He thanked “everyone who works in pro-life ministries here in the Archdiocese of Atlanta,” saying, “Your work is love in action.”

“You are helping to build stronger communities and supporting the most vulnerable among us,” the archbishop said.

“Whether you are hosting a baby shower, donating your time or talent to accompany a woman through a crisis pregnancy or offering any other kind of support, you are part of a critical ministry for the church today,” he added. “Thank you for your devotion, and may God bless your work.”

The Georgia “heartbeat” law — officially the Living Infants Fairness and Equality Act, or LIFE Act — was signed into law by Georgia Republican Gov. Brian Kemp in May 2019.

It was take effect Jan. 1, 2020, but U.S. District Judge Steve C. Jones of the U.S. District Court for the Northern District of Georgia temporarily blocked it in October 2019 while a lawsuit against it was argued.

He later made it a permanent pause, saying the law violated abortion protections established by Roe v. Wade. Then came the high court’s ruling on Roe June 24 and Georgia’s attorney general filing requesting the federal appeals court lift the injunction on the Georgia law be lifted.

Long before Roe was overturned, Keri Ninness was taking concrete steps to support teens and women with unplanned pregnancies.

She leads the “Walking with Moms in Need” initiative at her parish, St. Joseph Catholic Church in Marietta, Georgia. She said the overturning of Roe is a call to action for Catholics.

“I’m expecting a very big response,” Ninness, who has a background in social work and child protective services, told The Georgia Bulletin, newspaper of the Archdiocese of Atlanta.

In March 2021, the archdiocese officially launched “Walking with Moms in Need,” an effort started by the U.S. Conference of Catholic Bishops that aims to engage every parish in providing a safety net for pregnant and parenting moms.

Msgr. John Walsh, pastor of St. Joseph, tapped Ninness, the mother of five children, to lead the program for the parish.

“I am the product of a single mother,” she said about her own experience.

“With over a hundred parishes in our archdiocese, the church is uniquely placed to provide solutions and help to women in need at the local level. Several parishes have already implemented this program; there is momentum for more.” said Joey Martineck, director of the Respect Life Ministry for the Archdiocese of Atlanta.

Martineck said there are 83 pregnancy resource centers in Georgia established by the Christian community. This includes the Pregnancy Aid Clinic, a nonprofit that operates from a Catholic philosophy.

The archdiocese awarded the nonprofit a three-year grant this year, funding half the salary for a full-time director of medical services.

“The Catholic Church has always been at the forefront of meeting needs of families,” Ninness said. She emphasized that Georgia Catholics will now have to be even more supportive.

In addition to assisting pregnancy aid ministries, she believes change is needed in the foster care system, in addition to adoption reform.

Her practical suggestions include offering respite care for foster parents, or child care for young working mothers a couple of days a week. There’s a lack of affordable, safe and reliable child care in this country, she said.

One “Walking with Moms in Need” ministry hosted a baby shower for a pregnant college student who considered abortion.

Another group provided support to a woman whose husband had been jailed on a domestic violence charge. She was pregnant with a fourth child. The mother did not lack material resources, but was overwhelmed by her circumstances. The pro-life ministry provided her emotional support.

Golden is editor of The Georgia Bulletin, newspaper of the Archdiocese of Atlanta.