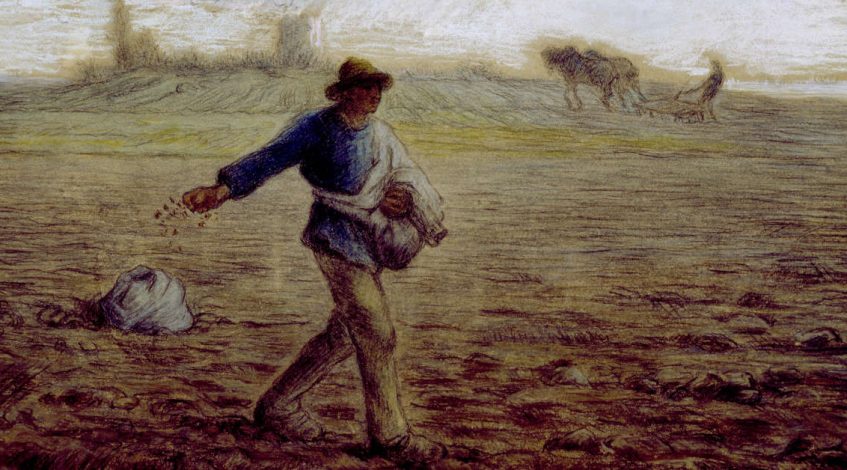 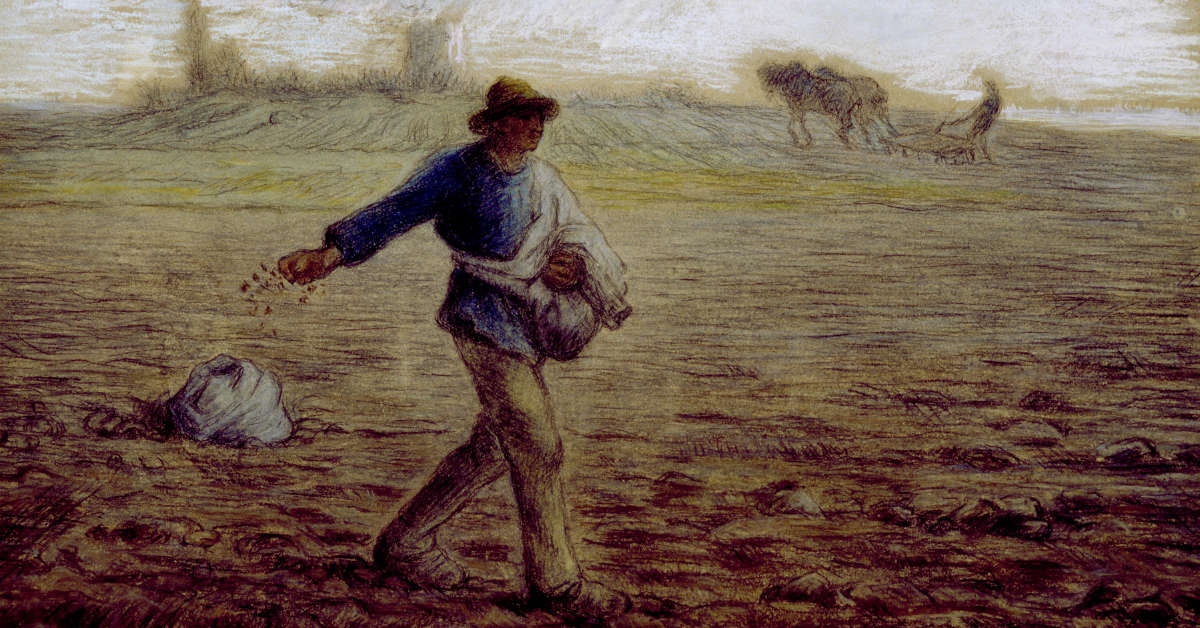 Where are you sowing?

Every day, God wants to do something with you. He has a plan. There are certain people you will meet, certain things you will do, certain graces He has ready for you. Most of it isn’t dramatic. But his grace is always present, ready to bless our encounters and our work. Where is he asking us to sow seeds today?

I was speaking recently to a woman who had been very active in her parish ten or twenty years ago. She had organized countless retreats, bible studies, helped publish a parish educational newsletter, and worked for various Catholic apostolates. She pointed out that very few people at the parish probably now even remembered those things. Most people are completely forgotten within three to four generations.

It’s a humbling reminder when we are tempted to act as if the world revolves around us and our current problems. At the same time, while our names may be lost to future generations, will our work for the kingdom be lost? She has sown seeds; the reaping may be hidden from her eyes. I reminded her that the retreat she organized might have changed even one woman. That one woman’s life, now transformed by Christ, has a ripple effect on her spouse, their children, their grandchildren. Perhaps no one remembers the woman who organized the retreat. But there are countless people affected today, perhaps who may even be alive today because of that retreat. She sowed. The Lord blessed.

If he was canonized, today would be the feast of Archbishop Francis Kenrick. One hundred fifty-nine years ago, this Irish shepherd died, heartbroken after hearing the news of the bloodshed in his diocese, in the small nearby town of Gettysburg. Have you ever heard of Francis Kenrick? Is his name forgotten in most places? Yes. But his work for the kingdom is another story.

Have you ever taken part in 40 Hours Devotion?

Did you, your spouse, or your children attend a parish Catholic school?

Francis was born in Ireland and was ordained after studying in Rome. After ordination, he came on mission to the diocese of Bardstown, where he taught theology and Greek at the seminary. He also was known for his eloquent debates with Protestant ministers throughout the region. Nine years after his ordination, he was appointed coadjutor bishop of Philadelphia to help Bishop Conwell during tumultuous times that included a schismatic priest, the interdict of a parish, an outbreak of cholera, and anti-Catholic riots. He became the third bishop of Philadelphia when Bishop Conwell died in 1842.

Two years later, mob violence erupted throughout the city. Growing anti-Catholic sentiment against Irish immigrants was inflamed by rumors that Catholics were trying to remove the Bible from public schools. Kenrick had requested that Catholic students be allowed to read the Douay translation and be exempted from Protestant classes. Nativists began organizing rallies that quickly turned violent. By the end of the summer riots, several Catholic Churches had been burned, including a church that had served as a hospital for the Sisters of Charity to care for cholera patients. Twenty-nine people were killed, a hundred injured, hundreds forced from their homes, and more than 5,000 soldiers from the state militia were required to stop the mob violence.

Kenrick closed all Catholic Churches during the riots and ordered Masses suspended. The anti-Catholic sentiment, which continued long after the summer violence ceased, spurred him to establish the parochial school system.

After overseeing remarkable growth in the diocese of Philadelphia, Kenrick was named the sixth Archbishop of Baltimore in 1851. He presided over the First Plenary Council of Baltimore a year later (the 3rd would give us the famous Baltimore Catechism). During his time as bishop, he brought the parochial school system to Baltimore, where Catholic children were educated for free. He also traveled to Rome for promulgation of the dogma of the Immaculate Conception.

Francis Kenrick brought the 40-Hours Devotion to the United States, together with his successor in Philadelphia, St John Nepomucene Neumann. Anti-Catholic violence continued, and Kenrick shepherded his flock in Baltimore during the Know-Nothing Riots of 1856. In all of this, he found time to translate the entire Bible.

An impressive list of accomplishments for one man. But you know what? I think each day he woke up simply ready to do what the Lord asked. One day after another, working in the kingdom. He sowed. Others reaped. The Lord blessed.

Do most of us know the name of Francis Kenrick? Chances are, most Catholics outside Philadelphia have not heard of him. But have you been affected by his work for the kingdom?

In a few generations, it is likely your name will be forgotten on earth. But we have no idea what affect the work you do today will affect generations to come. You may not be shepherding churches though riots or translating the Bible. But your faithfulness, your witness, your perseverance in your vocation is changing the world. Where has God put you today? Who will you encounter? How can you sow seeds today?