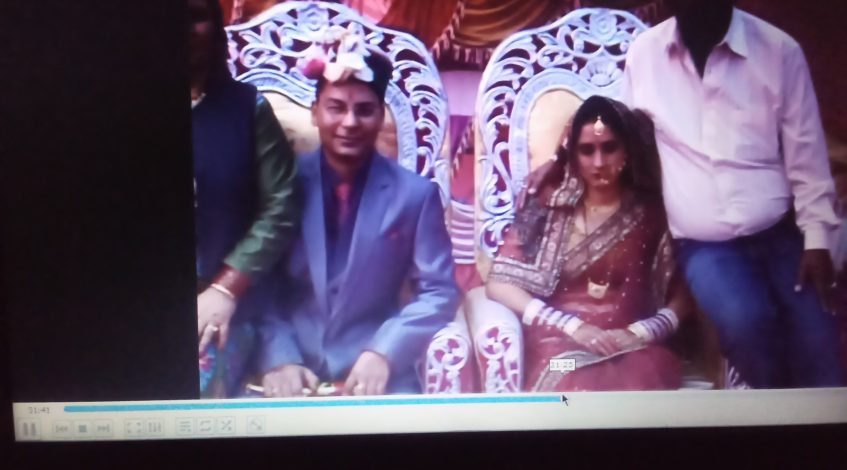 By Elise Flick, The Catholic University of America

We are given a scenario in which a man uses acid to blind his lover’s husband. Once convicted of the offence, the man is sentenced to be blinded with acid because the victim chose to exercise his right to qisas. Through the right to qisas, the local law allows a victim to insist that, instead of paying a fine, the offender suffer the same harm that he caused. Though this type of punishment is rarely exercised, it remains part of the local code. Is this an appropriate sentence? My conclusion is that John Finnis would not approve of this punishment for the offender because it would not correctly restore the balance of advantages and disadvantages between the criminal and society, it would not promote the common good by promoting the good of each individual to the greatest extent possible, and it would be an unconscionable act against another human being.

In Natural Law & Natural Rights, Finnis names seven basic goods, to which our desires for all other goods can be traced back. Among these goods are life, aesthetic experience, and practical reasonableness. Regarding the basic good of life, Finnis writes, “The term ‘life’ here signifies every aspect of the vitality (vita, life) which puts a human being in good shape for self-determination. Hence, life here includes bodily (including cerebral) health, and freedom from the pain that betokens organic malfunctioning or injury” (86). Blinding the offender would inflict harm on his bodily health and bring about pain from injury. Therefore, in Finnis’s view, such a punishment would act against the basic good of life. It would also limit the offender’s ability to participate in the basic good of aesthetic experience, since he would become unable to experience visible beauty. As we proceed in examining Finnis’s position on this matter, it is important to remember that the justification offered for inflicting this punishment on the offender is that he robbed the victim of these very goods.

We first consider Finnis’s ideas about the criminal law system and punishments. He writes that “[criminal law systems] are justified because the common good of the community is the good of all its members” (262). The purpose of the law is to promote the common good. Furthermore, Finnis asserts, “When someone, who really could have chosen otherwise, manifests in action a preference (whether by intention, recklessness, or negligence) for his own interests, his own freedom of choice and action, as against the common interests and the legally defined common way-of-action then in and by that very action he gains a certain sort of advantage over those who have restrained themselves, restricted their pursuit of their own interests, in order to abide by the law” (262-263). It is unfair to those who follow the law if those who do not are allowed to retain the benefits obtained through their misconduct. Finnis writes that “Punishment, then, characteristically seeks to restore the distributively just balance of advantages between the criminal and the law-abiding, so that. . .no one should actually have been disadvantaged. . .by choosing to remain within the confines of the law” (263). To determine whether Finnis would approve of the punishment in the case above, we need to consider whether the punishment succeeds in its goal of restoring this balance of advantages and disadvantages. It is important to note that Finnis does not say a punishment needs to restore the balance of advantages and disadvantages between the criminal and the victim; he says that it must restore the balance between the criminal and the law-abiding population as a whole. In the case mentioned, blinding the offender would restore the balance between him and the victim, but the blinding of the victim harms the law-abiding population much less overall than the punishment would then harm the offender. Therefore, Finnis would not approve of blinding the criminal in order to restore this balance.

Continuing his explanation of the role of punishments, Finnis asserts that “The criminal is an individual whose good is as good as anyone’s, notwithstanding that the criminal ought in fairness to be deprived of some opportunities of realizing that good” (264). It is the role of the criminal legal system to uphold the common good by upholding the good of the offender to the greatest extent possible while restoring the balance of advantages and disadvantages. He writes, “The punitive sanction ought therefore to be adapted so that, within the framework of its two sets of defining purposes already indicated, it may work to restore reasonable personality in offenders, reforming them for the sake not only of others but of themselves, ‘to lead a good and useful life’” (264). It is therefore counterproductive for the criminal legal system to deprive the offender of any human good in excess of that necessary to restore the balance of advantages and disadvantages. As we have established, in the case above, blinding the offender would be excessive relative to the harm done to the law-abiding population as a whole, so Finnis would conclude that it is in the interest of the common good to lessen the punishment.

It is then difficult to determine the exact level of punishment appropriate. Finnis writes, “There is no absolute ‘natural’ measure of due punishment: the ‘law of talion’ (life for life, eye for eye, etc.) misses the point, for it concentrates on the material content or consequences of criminal acts rather than on their formal wrongfulness (unfairness) which consists in a will to prefer unrestrained self-interest to common good” (264). We can surely conclude from this statement that Finnis does not fully support the universal application of the “eye for eye” approach to punishment. More importantly, when focusing on the reformative element of punishment rather than that of restoring the just balance of advantages and disadvantages, we change our focus from the objective to the subjective. He goes on to elaborate on his opinion, suggesting that one should consider whether an act was premeditated or impulsive (264) in assessing the severity of the punishment warranted for reformative purposes. Finnis would support a more reformative type of punishment for the man who blinded his lover’s husband.

A final reason that Finnis would disapprove of the blinding of the offender is the critical role of one’s conscience. Finnis writes that “one should not do what one judges or thinks or ‘feels’-all-in-all should not be done. That is to say one must act ‘in accordance with one’s conscience’” (125). One has to think that a normal person, being instructed to pour acid into the offender’s eye, would find himself acting against his conscience. No matter the severity of the harm done by the offender, there comes a point at which any person would hesitate to inflict the same harm on him. According to Finnis, this hesitation indicates that the act should not be done, regardless of whether it is warranted legally. For all of these reasons, Finnis would not approve of blinding the offender as punishment for his crime.

Regarding the validity of the sentence, Finnis would view it as a valid legal act. Finnis explains, “The primary legal method of showing that a rule is valid is to show (i) that there was at some past time,

, an act (of a legislator, court, or other appropriate institution) which according to the rules in force at

amounted to a valid and therefore operative act of rule-creation, and (ii) that since t the rule thus created has not determined (ceased to be in force) by virtue either of its own terms or of any act of repeal valid according to the rules of repeal in force at times

,. . . It is a working postulate of legal thought. . .that whatever legal rule or institution (e.g. contract, settlement, corporation) has been once validly created remains valid, in force or in existence, in contemplation of law, until it determines according to its own terms or to some valid act or rule of repeal” (268). Since Iran’s Islamic code clearly includes qisas, and that element has not determined by any of the criteria here stated, Finnis would view the sentence as a valid legal act.

In my own opinion, the sentence is valid for all of the reasons given in the previous paragraph, but I would not support it. I agree fully with Finnis’s assertion that one should not act against his conscience, and I would find the act of blinding another human being by pouring acid into his eye unconscionable, regardless of the person’s offense. Also, such a barbaric punishment seems to me to serve no good purpose. A better solution would be to take steps to ensure that the offender does not re-offend, which would certainly include depriving him of some freedom. Since this is a matter of a violent attack, I think a significant amount of prison time would be in order, which would protect society while also creating an incentive for the offender and others in society to refrain from such conduct in the future. Regardless of the ultimate solution, I could not justify pouring acid into someone’s eye.