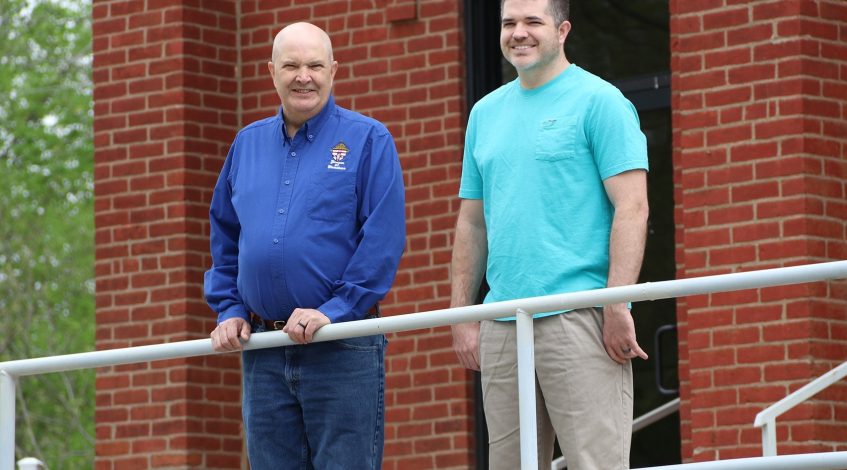 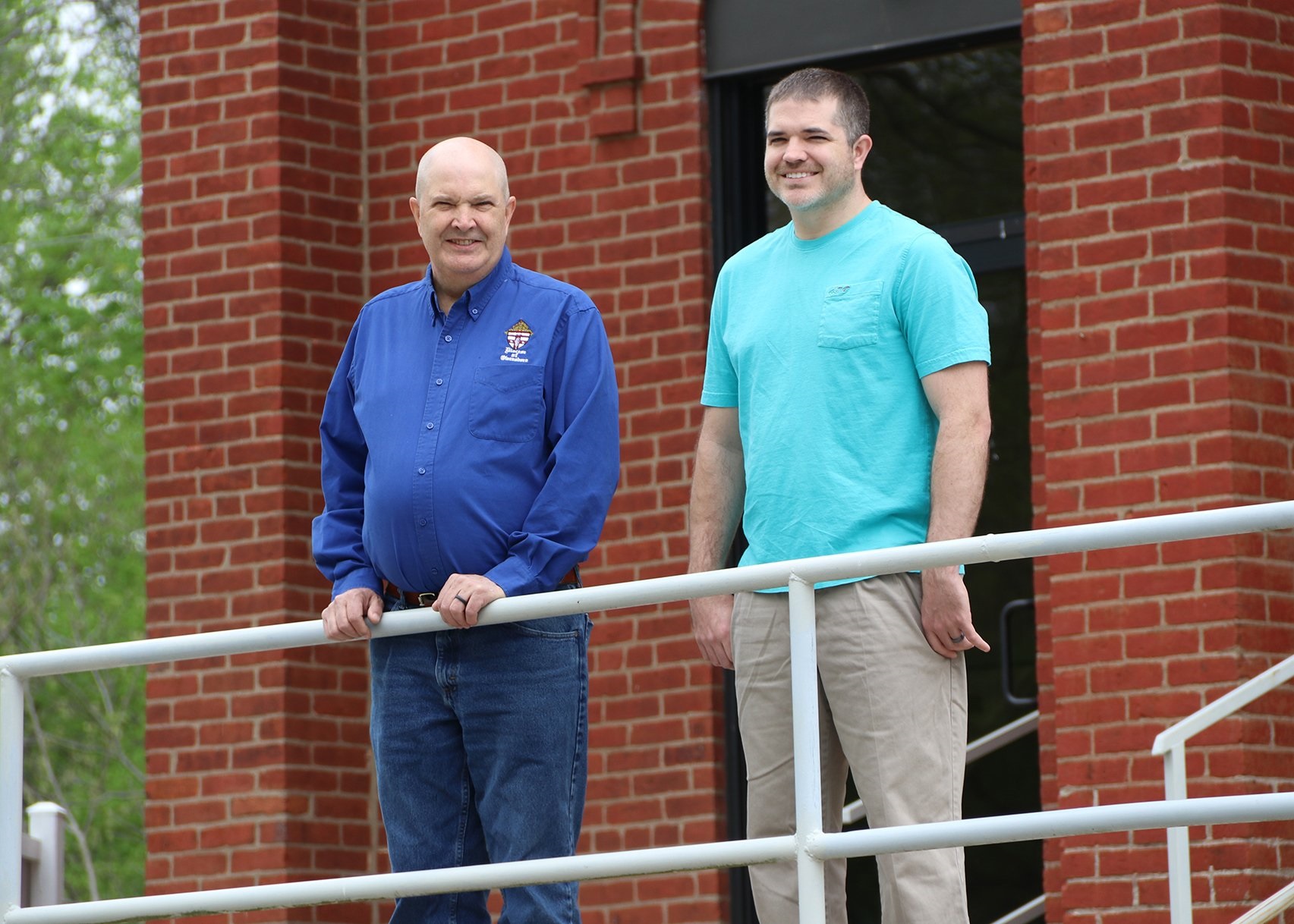 OWENSBORO, Ky. (CNS) — By providing “the right people at the right place at the right time,” Chris and Todd Johnson feel that “God’s had a hand” in the journey ultimately leading to Todd donating a lobe of his liver to his dad, Chris.

The surgeries took place May 17, and both father and son are on the road to recovery and brighter days ahead.

Chris, 60, belongs to St. Lawrence Parish in Philpot, Kentucky, and works as the IT coordinator for the McRaith Catholic Center, the Diocese of Owensboro’s pastoral center.

Chris experienced esophageal varices — enlarged veins in the esophagus — which is common with cirrhosis. The esophageal varices in turn caused internal bleeding, and Chris began receiving routine surgeries every three to six months as part of his management plan with a gastroenterologist in Louisville, Kentucky.

“It was going well until I had COVID,” said Chris, who tested positive for the virus in summer 2020 and ended up hospitalized with complications in Louisville. The virus caused blood clotting, including a blood clot that formed in Chris’s portal vein to his liver.

Though Chris ultimately recovered from COVID-19, the clot in his portal vein remained and continued to cause issues.

“The surgeon in Louisville told me, ‘You’re a walking, talking time bomb. You’re going to bleed out one day in your sleep,’” Chris told The Western Kentucky Catholic, Owensboro’s diocesan newspaper.

Chris experienced another bleeding episode in April 2021. His daughter, a surgical tech in Owensboro, connected him with a surgeon she knew. The Owensboro doctor then connected Chris with Vanderbilt University Medical Center in Nashville, Tennessee.

These connections led Chris to his second chance at life.

During this time, he learned “a live donor would be possible” for his scenario. The liver is the only organ in the human body that can grow back to full size, so not only does a donated lobe eventually grow to full size within a recipient, but the donor’s liver also grows back.

All five of his children offered to be tested to see if they could provide a lobe of their liver to their dad.

His eldest son, Todd, was tested first. In early 2022, they learned he was a match.

“I had a full day of testing, and had to take my labs twice,” said Todd. “Then they did a biopsy, just to make sure my liver was in good shape too.”

Todd, 32, who lives in Owensboro with his wife, Whitney, and their three daughters, said he was “excited to be able to do this for him.”

“It is very humbling that not just one, but all of my kids were willing to go through the testing and surgery for me,” said Chris.

Todd’s surgery, as they removed the right lobe of his liver, lasted about nine hours. Chris’ surgery took 14.5 hours as his whole liver and gallbladder were removed to make way for the new lobe.

Chris explained that procedure takes this long because surgeons need to “rebuild arteries and blood vessels.”

Though the organs won’t be fully functional for up to a year, both of their livers should regrow to full size in the eight to 12 weeks post-surgery.

“I will be on anti-rejection drug (to prevent the new organ from being rejected) for the rest of my life twice a day, taken every 12 hours like clockwork,” said Chris.

Todd added that he was told there is a 1% chance his liver will not regenerate “and then I’ll go to the top of the national donor list” but the risk is worth it for his dad.

The Johnsons rented an Airbnb in the Nashville area, and Chris and his wife, Patsy, will stay there after he is released from the hospital so they he can be locally monitored until being cleared to return to Kentucky.

He said their friends and family network have been “very supportive. My aunt is a Sister of Charity of Nazareth so her whole community is praying.”

On May 10, in preparation for the surgery, Owensboro Bishop William F. Medley gave Chris the sacrament of anointing of the sick during staff Mass in the pastoral center’s chapel.

At the end of the Mass, Bishop Medley gave Chris a hug and told him to “come back soon, and come back well.”

Speaking on the phone with The Western Kentucky Catholic June 2, Chris said he did “really well” immediately after the surgery, but hit a bump in the road when he contracted an infection. Following several procedures to address the problem, Chris has now been able to walk the halls of the hospital as he continues to recover.

Chris reported that Todd has been released from the hospital and is safely back home with Whitney and their children.

“They don’t want to release me too soon so they are playing it cautious,” said Chris, who had just gotten out of having some X-rays taken. However, “all my labs are looking good and better from (the doctors’) perspective.”

He said he and his family are grateful to “the diocese, all my family, our churches. We’ve got a very wide range of people, the people we served in the military with … the support has been outstanding.”

“The people are wonderful and we appreciate all of them and the support from the community,” said Chris. “Especially, because we were in the military, we’ve had prayers coming from all over the world. It’s been really nice.”

Chris expressed his gratitude to the “entire Vanderbilt liver transplant team” and also encouraged people to consider signing up as organ donors, calling it “truly the gift of life.”

Barnstead is editor of The Western Kentucky Catholic, newspaper of the Diocese of Owensboro.