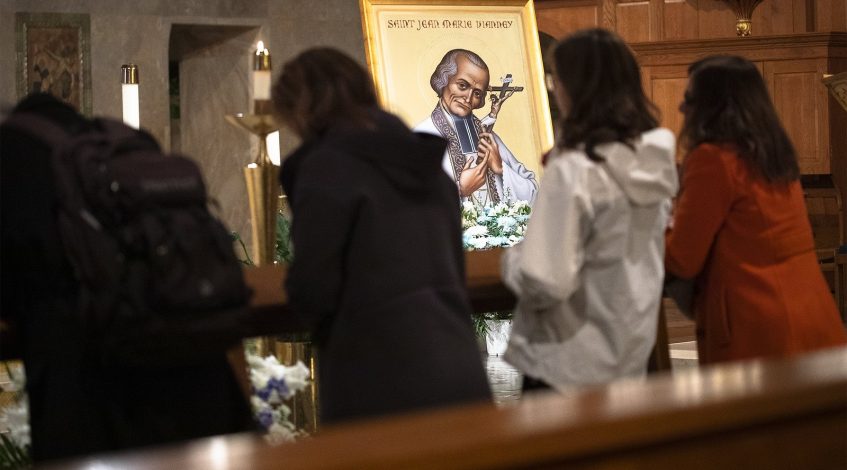 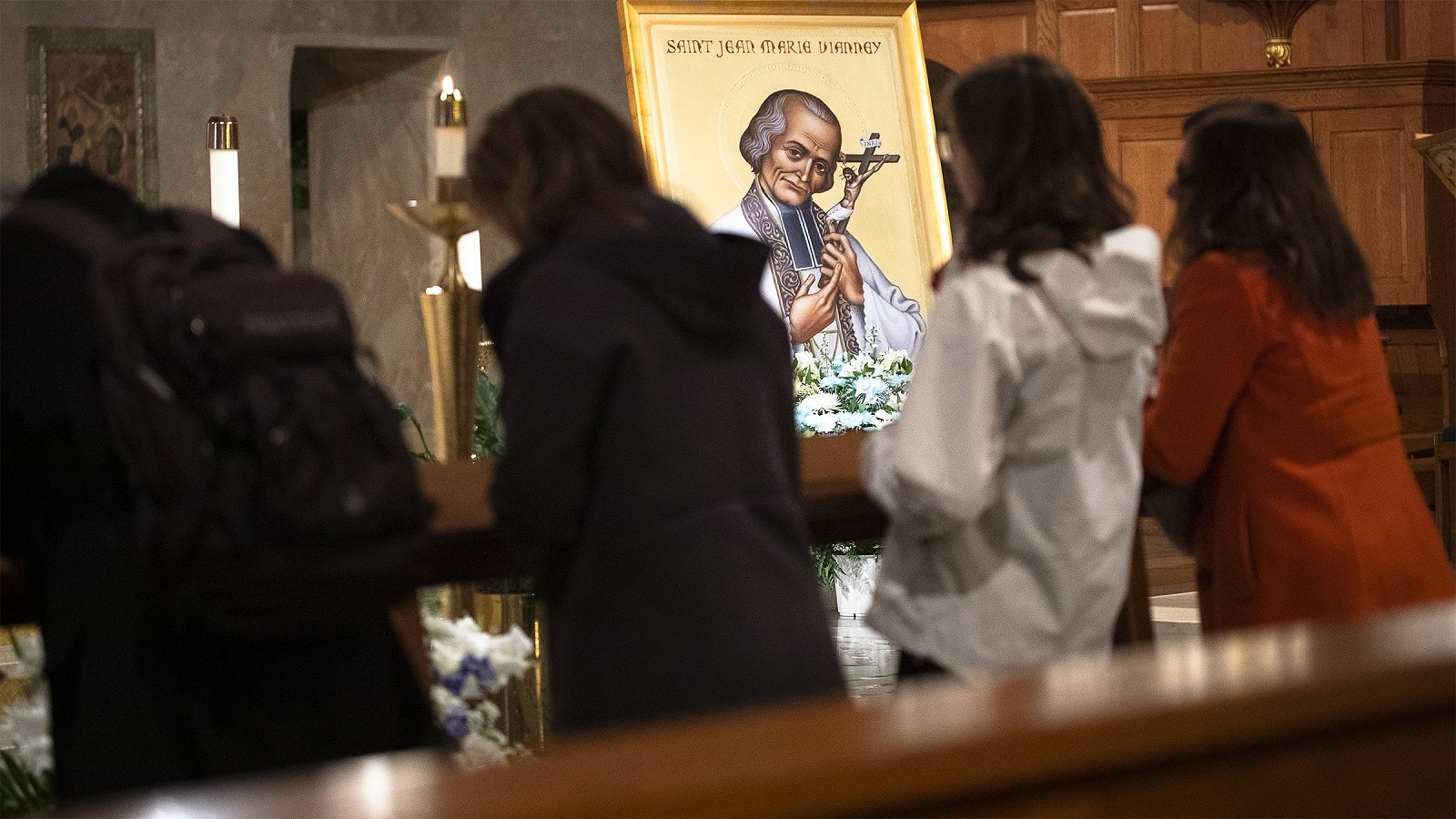 WASHINGTON (CNS) — With the issuance of two recent Gallup polls on Americans’ belief in God and their views on morality, one could come to the conclusion that the United States could be in a heap of trouble.

One poll, issued June 15, found a record rating: Fully half of the survey’s respondents said they believe the country’s moral values are “poor.” And if that’s not enough, another 37% rated America’s moral values as “only fair,” and 78% said the nation’s morality is getting worse.

The other poll, released June 17, found that 81% of Americans believe in God. That’s an impressive number, until you realize that the percentage is the lowest ever recorded by Gallup when it has asked this question.

It’s down six percentage points from 2017. And according to Gallup, more than 90% of Americans believed in God between 1944 — when Gallup “first asked this question” — and 2011.

There are not a lot of polling organizations in the United States that focus on faith, religion and related matters. And one of the biggest, the Pew Research Center, takes a hands-off policy when it comes to others’ findings.

“Pew Research Center does not comment on research conducted/published by other pollsters or polling organizations,” said a June 23 email to Catholic News Service by Anna Schiller, senior communications manager for Pew’s research on religion and public life.

But while Pew may keep silent about others’ polls, its own polling can support at least one of Gallup’s findings — on belief in God.

Pew has reported over the past 20 years the rise of the “nones,” people who cite no specific religious affiliation or identity. It may include atheists and agnostics as well as those who have no membership in any specific denomination. Among this number are those who still attend religious services on major feasts and observances.

In December 2021, results of a Pew survey showed that 29% of those surveyed professed no specific religious identity. Of this combined percentage, those who said they were “nothing in particular” accounted for 20%, more than double the percentage of atheists and agnostics (9%).

In Pew’s polling, nones hitting the 20% mark for the first time is awfully close to Gallup’s finding that only 81% of Americans believe in God — which indicates the other 19% must not.

“Increasingly, people who are disaffiliating from religious institutions are also undoing any kind of any nominal belief in God,” said David Cloutier, associate professor of moral theology at The Catholic University of America in Washington.

“What is striking is that through 2010, you still saw over 90% of Americans saying they believe in God,” Cloutier added. “A 10% shift in that number over the course of one decade — which is what you’re seeing here … that’s huge, because the population doesn’t turn over immediately in those times. You’re seeing a tremendous drop.”

It may be cold comfort, but “I just did a paper that shows that not even a majority of Europeans believe in God. And their actual religious practices are much lower than Americans’ as well,” Cloutier said.

The existence of God was reinforced in American society by songs such as “God Bless America” serving as an alternate national anthem after the 9/11 terror attacks, and the printing of the adage “In God We Trust” on currency. But “the belief in God that is being professed here is not being announced by any specific church,” Cloutier said. “This is a larger cultural problem.”

Asked whether there was a cause-and-effect between reduced belief in God and increased disapproval of the United States’ moral values, Cloutier replied that “it leans strongly toward the public” perceiving “this as oral commitments.” That leads, he added, to “the presumption that if there is no God, people can behave any way they want.”

David Campbell, a political science professor at the University of Notre Dame, had a distinctly different take on the question. Campbell is co-author of both “American Grace: How Religion Divides and Unites Us” and “Secular Surge: A New Fault Line in American Politics.”

“The perception that America immoral is largely driven by Republicans,” Campbell told CNS in a June 23 phone interview. They hold fast to the view that “a more secular America is a less moral America. But many, many secular people would argue that that is not necessary. … You can be a perfectly moral person and not have religion in your life.”

The belief-in-God issue, Campbell said, is thornier. “We should not assume that just because over the last 20-25 years of the secular surge that it will necessarily continue. It’s ebbed and flowed over the course of history,” he said. But “we are at a stage of secularization unlike what we have seen in the past. It’s at a much lower point now.”

The United States began to secularize in the 1960s, much like Europe had, according to Campbell, but it stalled, which he attributed to an “evangelical backlash.”

The nation’s religious pluralism has been a two-edged sword.

“Over the last generation or so, most social scientists hold the view that pluralism is a higher level of religiosity because you have a religious marketplace, you have religions competing with one another for members — the same logic that leads monopoly firms to become complacent in how they treat their customer,” Campbell said, as one might observe in a country that’s a declared theocracy or which has a state religion.

But an older perspective posits that “when you have a religious pluralistic society, it does make it easier for someone to opt out of a given faith system,” he added. “It undoubtedly legitimizes not having religion in the public square.”

Campbell said, “Come back to what people are thinking when they’re answering that question whether America in on the right track or the wrong track.” It could be a reaction to the news of the day: a supermarket massacre, a grade school massacre, the House of Representatives’ special Jan. 6 investigatory committee.

Catholic University’s Cloutier told CNS, “Americans have long had a sense that a society, we’re losing our moral values.” Culture affirms low moral standards, he said. “We have increasingly come to believe, or at least are told, to believe that moral values are a person’s own business.”

However, now “we see people running around the country trying to impose their moral values on other people,” Cloutier added. “It seems to me now people want to impose (their values) on other people. And the fact that they are not able to do that leads them to believe that the moral values of the society are wanting and they do not know how to deal with that.”

With the Supreme Court’s June 24 ruling overturning 49 years of federal abortion policy and returning it to the states, Cloutier said that for supporters of legal abortion, “the lead is that the Supreme Court justices are imposing their moral values on the nation.”

But “it’s hopeless to say you can’t impose your moral values on other people,” Cloutier said. “Instead you ask: What makes them important? Why are they important?”