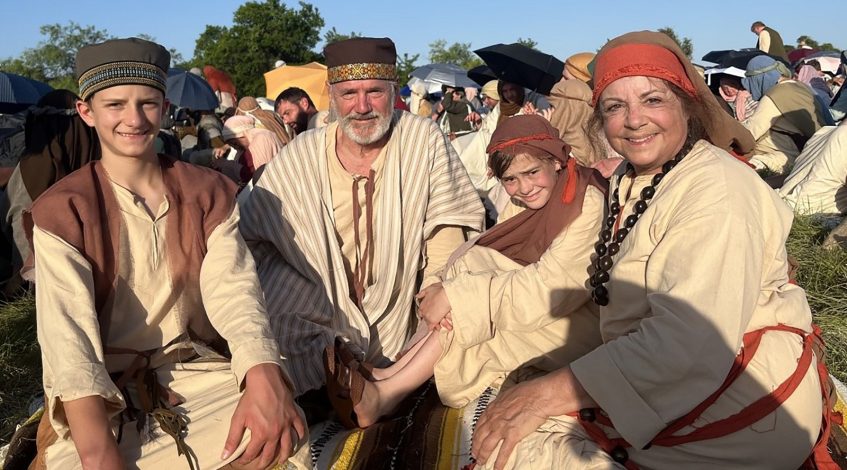 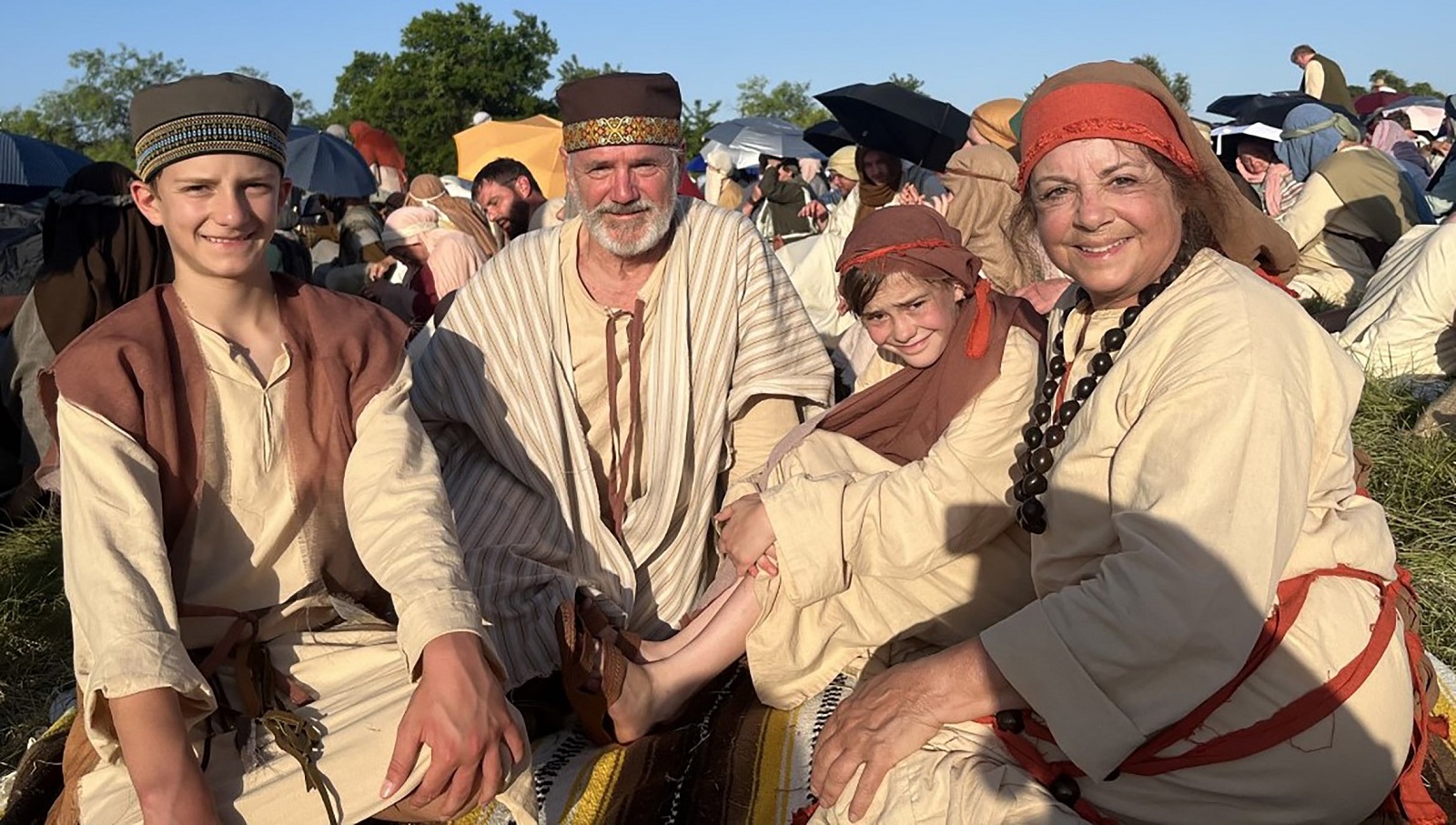 WASHINGTON (CNS) — Most people have a favorite television show. For Claudia McAdam, it’s the independently funded series “The Chosen,” which depicts the Gospel accounts of the life of Jesus.

It’s such a favorite that she paid $1,000 to appear in an episode of “The Chosen.” But not just $1,000 for herself, but a thousand bucks each for her husband and two of her grandchildren to boot.

“Our grandchildren are big fans of the program as are we and as are their parents, and we thought it would be a great opportunity for them,” McAdam told Catholic News Service in a July 29 phone interview from Denver.

It was part of a “pay it forward” plan developed by the producers of “The Chosen.” Without studio or network financial backing, they’ve got to raise all the funds to cover production costs themselves.

Last August, they sent fans a pay-it-forward message: Contribute $1,000 to help keep the series going, and you can appear as a member of the crowd when Jesus feeds the 5,000.

McAdam was far from the only one willing to part with their money to support the series. She said 12,000 people responded to the call to contribute $1,000 to help pay for the “Chosen” production costs, which totaled $12 million.

The scene she was in with her family, which could easily feature the largest crowd in any of the Gospels, referred to a count of 5,000, famously “not including women and children.” So the producers split the donors into three groups of 4,000 each.

“I give kudos to the production team with ‘The Chosen.’ They took such good care of all the extras. It was unbelievable,” McAdam said. “They had water and sunscreen and snacks and there were restrooms, there were tents we could be under before we went to the staging site. There was entertainment by big-time names in Christian music while you were waiting.”

Eventually, McAdam and the extras had to make their way to the set — a broiling-hot outdoor field in Midlothian Texas, near Fort Worth, that June day.

With split shifts for extras, some had to arrive at 4 a.m., she noted.

“Everybody — everybody — who was going to be part of the shooting that day,” McAdam told CNS, “had to be COVID-tested before you went down there. You had to show proof of a negative test when you arrived (in Texas), and you had to take a new COVID test that you were negative when you arrived on the set.”

“If one person in your car tested positive, then nobody in that car could participate in the shooting,” she said.

McAdam and her family were sweating inside their period costumes, made by hand by McAdam; everybody was responsible for bringing their own authentic — think “no buckles or zippers” — period costumes.

But producers, she added, allowed them to hide umbrellas, water bottles and snacks under their blankets when the cameras were rolling.

“They did a great job taking care of everybody. There were medics on hand to tend to people who were affected by the heat — and there were people (who were),” McAdam told CNS.

McAdam has acted before — “amateur. School stuff. Nothing professional at all. The same with both the grandchildren,” she said. “My husband, less so …. but he’s a big fan of ‘The Chosen’ as well.” But he did grow out his beard so he could look, as McAdam put it, “first-century authentic.”

In addition to being fans of the show, McAdam and her crew also are “big fans of the production and the process, being able to watch what was going on around us.”

She remembered being up close and personal with Shahar Isaac, who portrays Simon Peter, who thanked the extras for being there that day, and a recitation of the Our Father led by Jonathan Roumie, the Catholic actor who portrays Jesus.

McAdam said her granddaughter Eleanor, 11, remarked, to her: “You know, Grandma, this is like a school day because it covers so many subjects,” like “religions, survival” and other topics.

McAdam said the first two seasons of “The Chosen” have already aired. Viewers can go online to thechosen.tv to see episodes or use the Angel Studios app.

The third season will bow in late November, she said, adding the passages about the feeding of the 5,000 will take place in episodes seven and eight, near the end of the third season. “It’ll be 2023 before we can see ourselves,” McAdam said.

Like “M*A*S*H” the Korean War comedy-drama that lasted longer than the war itself, so to will “The Chosen.” If the funding’s there, it’s slated to run seven seasons, twice as long as Jesus’ ministry on earth.