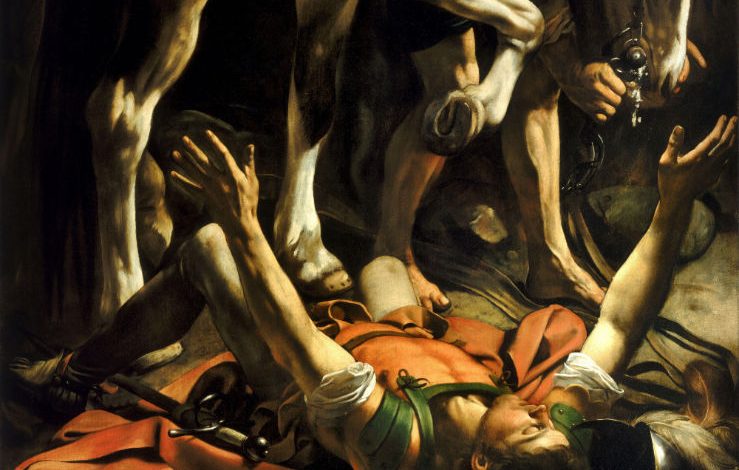 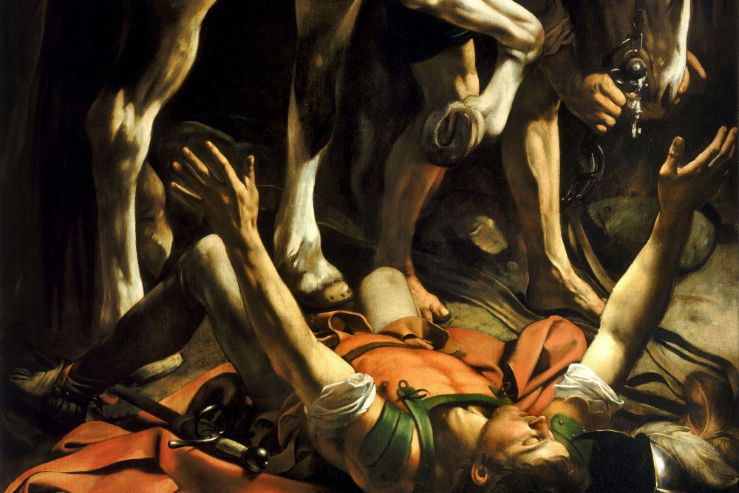 Image: “on the road to Damascus” (detail) by Caravaggio | Public Domain via Wikimedia Commons

Many of the Bible’s conversion stories are found in the New Testament.  The story of the Prodigal Son is a favorite of mine and as my friend, the late Fr. Dubay, once wrote,  » It has the Divine handwriting all over it.” And of course, there are other favorites, such as the Samaritan Woman at the Well and the Woman Caught in Adultery.

But, in my view, there is no greater story of conversion story than that of St. Paul (Saul) On the Road to Damascus we celebrate the liturgy with a Feast day this past Tuesday (January 25). Here is a powerful story of a conversion that radically changes the direction of one’s life… the story of a man who prior to his conversion was absolutely convinced of the rightness of his former life and actions.

We learn of St. Paul primarily from two sources—the Book of Acts (beginning in Chapter 7) and his “undisputed” New Testament Epistles: 1 Thessalonians, Galatians, Philippians, 1 and 2 Corinthians and Romans. We learn that Saul was a Pharisee, a priest of the Tribe of Benjamin and a citizen of Rome who also went by the name, Paul.

That he loved God and his Jewish faith there can be no question. He studied at the feet of the great rabbi, Gama’li-el. Writing about his conversion, St. Paul tells us a bit about his former life, ” For you heard of my former way of life in Judaism, how I persecuted The church of God beyond measure and tried to destroy it, and progressed in Judaism beyond many of my contemporaries among my race, since I was even more a zealot for my ancestral traditions  » (Galatians 1:13-14).

Saul persecuted the early church and held the coats of the men who stoned to death the Church’s first martyr, St. Stephen The Deacon. It was on the road to Damascus, the city to which he was traveling for the purpose of arresting more Christians, that Saul experienced his conversion. Popular tradition and classic religious art portrait Saul being knocked down from his horse. “This is a great opportunity for you to learn about the history of the Damascus Road Experience ». »We celebrate the Feast of the Conversion of St. Paul each January 25.

St. Paul went on to be known as the Apostle to the Gentile. He is the greatest evangelist of all time. Read his story in Acts to discover how his life was transformed by his Damascus Road Experience. What Can you learn from Paul to guide how you live?