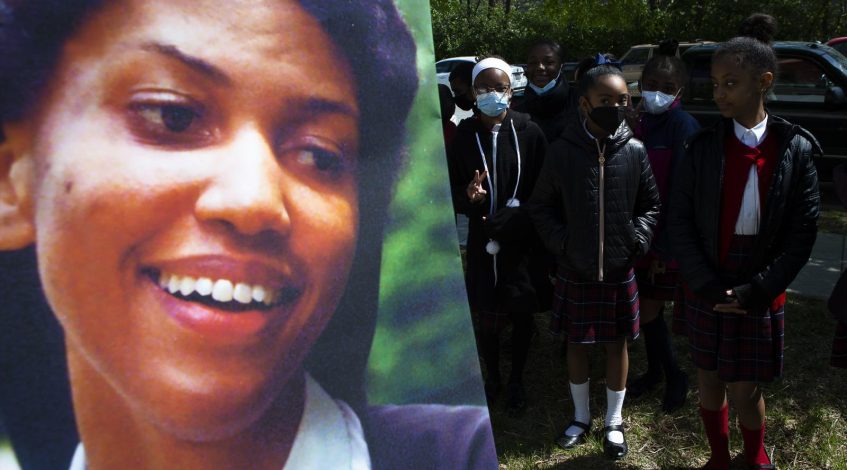 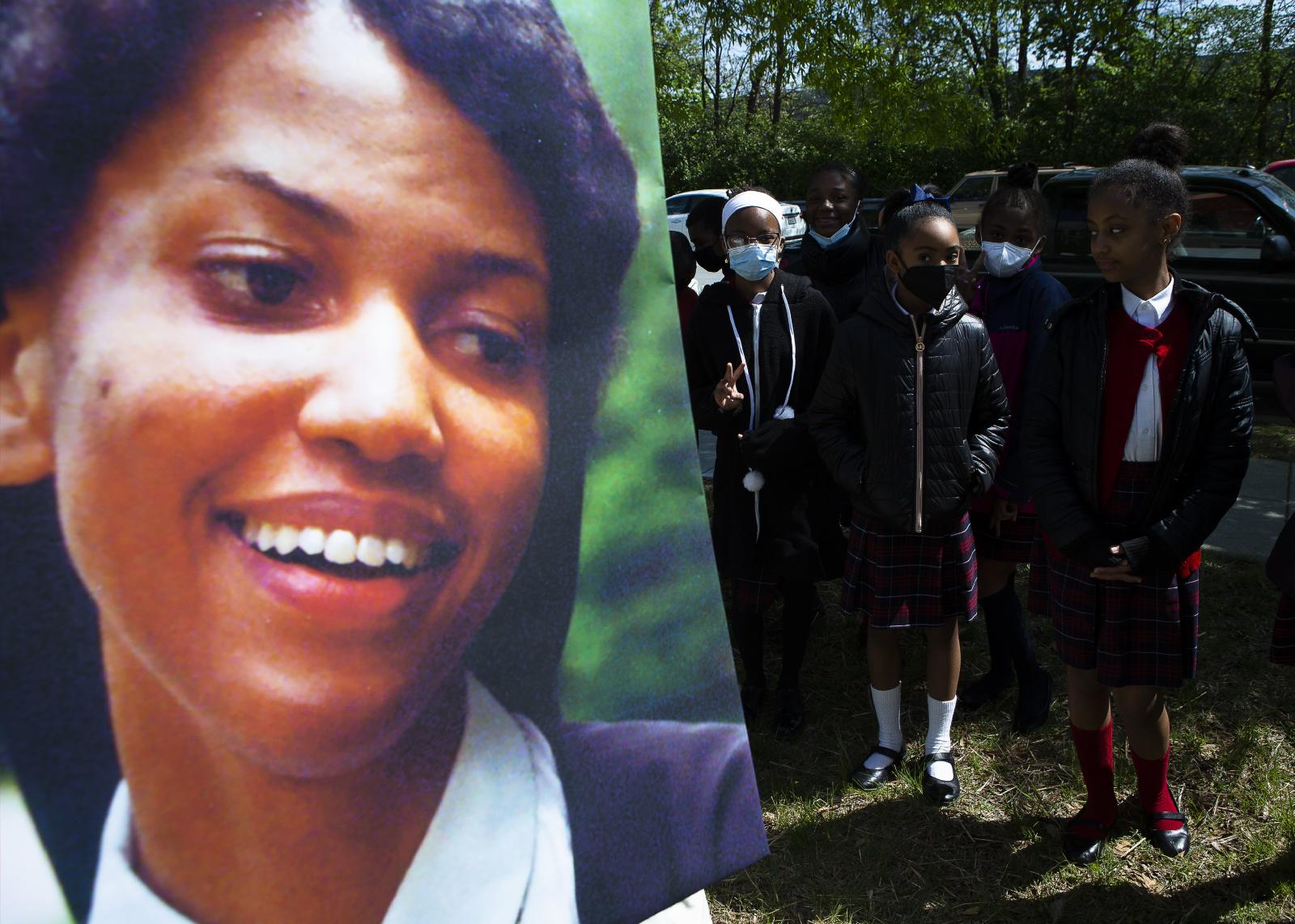 WASHINGTON (CNS) — Officials at The Catholic University of America dedicated and blessed a campus street April 29 named in honor of the late Sister Thea Bowman, a noted educator and evangelist who studied at Catholic University and whose cause for canonization was opened in 2018.

“During her life, Sister Thea was a shining example of religious life, and she worked for social justice, racial equality and harmony among all peoples, especially in the Catholic Church,” said Washington Cardinal Wilton D. Gregory who blessed the new Sister Thea Bowman Drive. “We are pleased to dedicate this street in her honor as a reminder that her life’s work still continues in the church and on this campus today.”

Sister Thea died in 1990 from bone cancer at the age of 52. When she was 15, she entered the Franciscan Sisters of Perpetual Adoration, becoming the first and only African-American member of her order. When she took her vows as a nun, she changed her name from Bertha Bowman to Mary Thea Bowman, and pursued studies at Catholic University where she earned a master’s and doctorate degree in English.

For more than 15 years, Sister Thea was an educator on the high school and college levels. She then began her ministry as an evangelist, traveling the United States to urge priests, bishops and her fellow Catholics to accept her and other African Americans as “fully Black and fully Catholic.”

“While she went home to God more than 30 years ago, the impact of Sister Thea Bowman’s life is still felt in our own time,” Cardinal Gregory said in blessing the street next to the university’s Columbus School of Law. “By her words and example, she challenged everyone to follow the command of the Lord Jesus to love God with all of our heart and our neighbors as ourselves.”

Among those attending the dedication ceremony was D.C. Mayor Muriel Bowser, who called the late nun “an extraordinary woman of faith.”

Mayor Bowser, who grew up in and continues to attend nearby St. Anthony of Padua Parish said that whenever anyone sees the newly named street, “they will be inspired to do more and to be better.”

The street dedication was recommended by the university’s Sister Thea Bowman Committee, which was formed to promote racial diversity on the campus and the wider community.

“In recognition of Sister Thea’s contributions and lasting impact as a religious sister, as an educator and as the conscience of the church, the university thought it important to honor her in a permanent and visible way by naming a street after her,” said Regina Jefferson, a professor of law at the university’s Columbus School of Law and chairperson of the Sister Thea Bowman Committee.

“We hope that the Sister Thea Bowman Drive will serve not only as a visible tribute to Sister Thea, but also as a constant reminder to each of us to … work together to make positive and meaningful change in our lives, our communities and the world,” she said.

“We celebrate Sister Thea by dedicating this road to her, a strong, Black Catholic woman who is in the process of navigating the path toward sainthood in the Catholic Church and whose legacy continues to call us to walk a road of solidarity and unity as one human family,” Dominguez said.

Kelly Woodson, a senior who spoke at the dedication, noted that “the displaying of street names reflects the identification and location of property. Many are aware that Black people were seen as property.” She said Sister Thea’s message was contrary to this emphasizing that no one should be seen as a thing, but instead as “the image and likeness of God’s love.”

“It is imperative that we look to individuals like Sister Thea Bowman to understand that our brothers and sisters — no matter race, creed, religion, ethnicity, etc. — are a part of our lives,” Woodson said.

The motherhouse of the Franciscan Sisters of Perpetual Adoration in La Crosse, Wisconsin, sent a letter that was read during the dedication ceremony, that said they hoped that as people “move along Sister Thea Bowman Drive, you move with love and joy.”

Szczepanowski is managing editor of the Catholic Standard, newspaper of the Archdiocese of Washington.