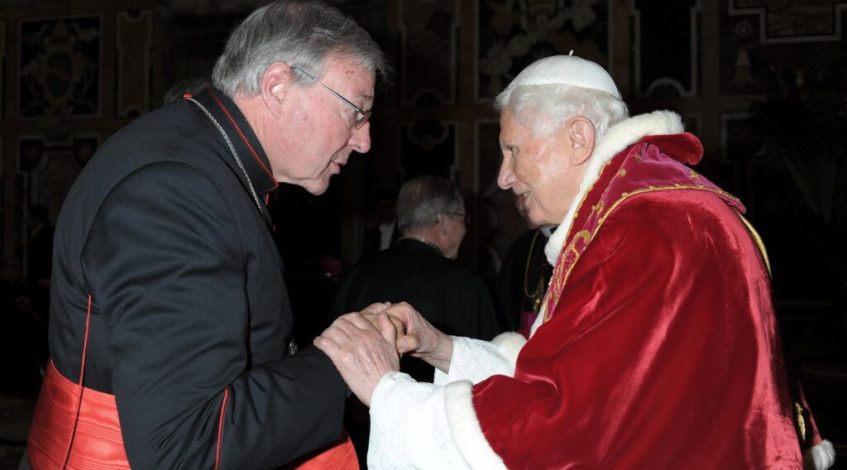 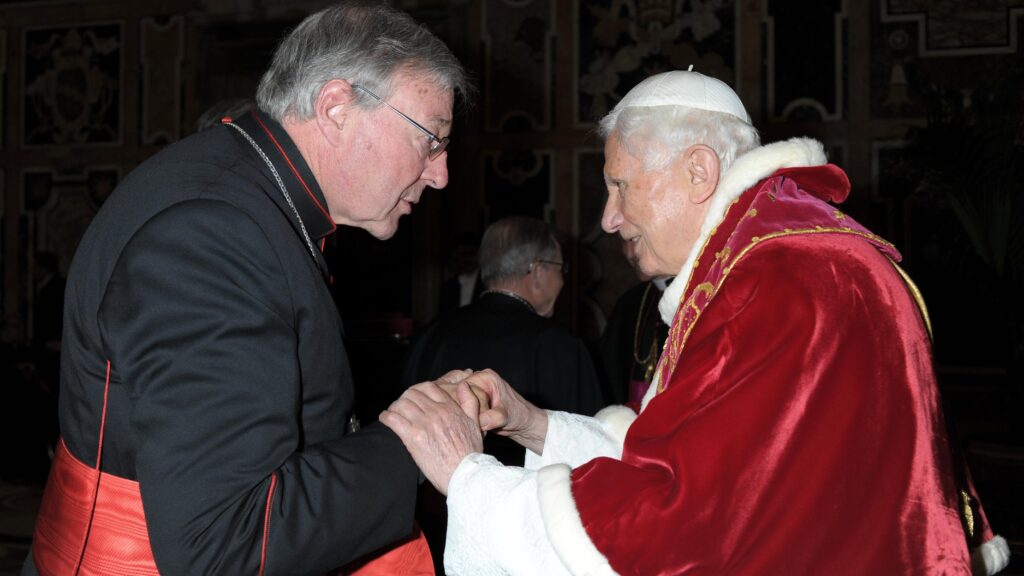 (OSV News) — In interviews with OSV News, two cardinals pleased to call Pope Benedict XVI a friend reflected on his death and what the pope emeritus brought to the life of the church.

The world lost “a wonderful man. A very kind man,” Cardinal George Pell, former prefect of the Secretariat for the Economy, told OSV News. “I’ve seen him regularly since I came back to Rome to talk about the life of the church and many things. So I will miss him.”

The world in general, he added, will miss Joseph Ratzinger’s brilliant thought.

“I think he was one of the finest theologians of the last century,” Cardinal Pell said. “And, seriously speaking, I think he is the best theologian who was ever the pope. I don’t think any of them wrote with the quality that Pope Benedict demonstrated — and for years, decades before he became pope — on such a variety of topics.”

“He very much believed in reason and tradition and learning. In no sense was he a fundamentalist. He was quintessentially the opposite of that,” Cardinal Pell told OSV News, adding that whoever calls Joseph Ratzinger “panzer-cardinal,” [indicating a strong, rigid personality] is simply spreading “fake news,” he said with a smile.

“He was very much a Christian gentleman. Very much the German professor, a man of exquisite manners, high, high culture, a gentleman of the old school, and very, very polite,” Cardinal Pell recalled, adding: “He wasn’t a particularly energetic or successful executive or manager. He was a man of faith and prayer as a writer and thinker. And he was a spectacularly good participant in discussions, for example, at the Congregation for the Doctrine of the Faith. His ability to synthesize what he’s heard and analyze it and then present a point of view — I don’t think I’ve ever heard anyone who was better at it than him.”

Cardinal Konrad Krajewski, prefect of the Dicastery for the Service of Charity, confirmed that Pope Benedict XVI was a man of great tenderness.

“When he talked to someone, he always looked him in the eyes,” Cardinal Krajewski told OSV News, “like there was nothing else in the world, just you and him.”

The Polish cardinal was a master of papal ceremonies during the 2005 conclave that followed  John Paul II’s death.

“When we were already on the balcony and Pope Benedict was putting on his white vestments, Archbishop Piero Marini, former master of pontifical liturgical celebrations, told me: “You’ll go ahead of the Holy Father with the cross,” Krajewski told OSV News.

“When I was walking, I remember Archbishop Marini whispering, ‘Turn left, turn left,’ like there was anywhere else to go other than falling down 30 meters from that balcony,” he laughed.

“But what I truly, fondly remember is what I saw from my corner of that balcony of St. Peter’s Basilica — a different Joseph Ratzinger. It was already a different man, a humble servant of Lord’s vineyard, as he himself put it that day,” the Polish cardinal recalled, “someone already filled with the Holy Spirit that chose him to be the leader of the church.”

What Pope Benedict XVI taught us is the love of the imperfect Church, Cardinal Krajewski told OSV News.

“As the prefect of the Congregation for the Doctrine of Faith, he dealt with things that rather often go wrong in the church. And he knew how weak this church can be in its human capacity. At the same time he knew that this is the Church of Christ, led by Christ. And without looking at Christ, this Church cannot be understood. That’s what guided Cardinal Ratzinger,” Cardinal Krajewski remembers.

Cardinal Konrad Krajewski told OSV News he will miss seeing the Holy Father in Vatican Gardens. “Every day at 4 p.m. he would be sitting there at his bench, and I was passing by jogging trying to lose my additional pounds. And he would just humbly pray.”

“Benedict XVI was focused on Christ,” Cardinal Krajewski said. “He placed the cross in the middle of the altar, which we, young priests, at the beginning did not understand — but he just celebrated Christ. For him, Christ was the center, the compass, the everything.”