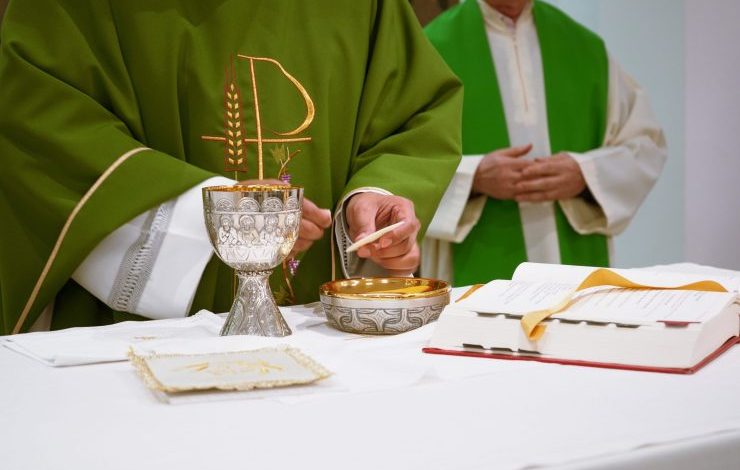 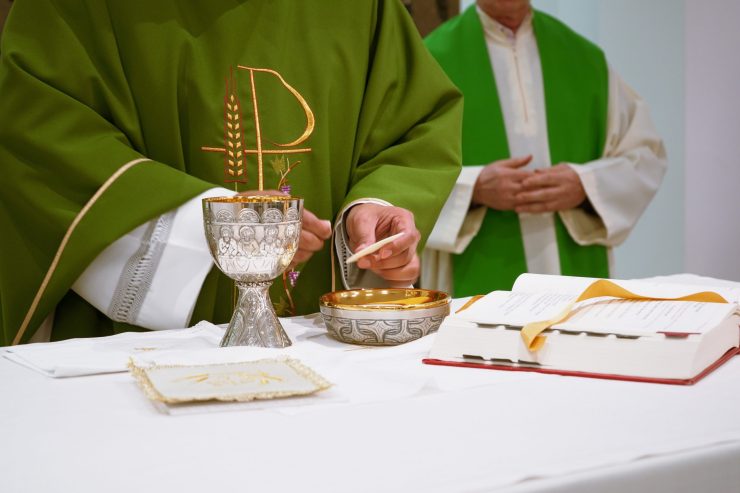 This Sunday, we return to Sundays in “Ordinary Time.” Yes, I can hear you already pointing out that we have been in the season of Ordinary Time for several weeks, after celebrating the end of the Easter season on the the Sunday of Pentecost. But with the celebrations of Trinity Sunday and Corpus Christi, now it seems as if we are really finished with celebrating and have moved into that boring, “same old, same old,” season of green vestments.

(Even as I write those words, I recognize that today is a day of celebration – the Solemnity of the Most Sacred Heart of Jesus, which I only resisted writing about because I have done so many times in previous years, like here.)

But is it just a boring season of ordinary, mundane living?

I once had a running joke with a priest about the season of Ordinary Time, because I use the idea frequently when I speak. He had historical and liturgical reasons for not liking it, and often would remind me that the season does not refer to “ordinary” the way I would use it to teach. The name of the season does not come from the adjective meaning “with no special or distinctive features; normal,” but to ordered or numbered time, from the Latin word ordinalis. We mark the weeks of Ordinary Time by numbers.

But I would defend the way I talk about Ordinary Time—what I am about to say in this post! Because in this numbered time, there is a rhythm. And in that rhythm, there can be a sense of routine or normalcy. There is a feeling of “commonplace” when we think of the daily life of the Church in this season.

And that is precisely where God is calling us to holiness.

Earlier this month, I had the opportunity to go on pilgrimage to Austria and Germany for the Passion Play in Oberammergau. Our trip ended on Pentecost, and so we returned from the highs of pilgrimage just as we were also returning to Ordinary Time from the highs of Easter. The fact was not lost on me (especially since something similar happened when I studied in Rome many years ago). It can be easy to be holy on pilgrimage. You’re surrounded by beauty, going to daily Mass, and not concerned with anything but the present time and place.

It is returning home where holiness becomes difficult. There are pressing needs of family and work that preoccupy our thoughts. Getting to daily Mass is often harder (it’s not scheduled into our day for us!) and even prayer gets pushed the back burner. Daily living requires our attention, and temptations become more prevalent.

It’s easy to love God during the “Easters” of life, when everything is going well. We might also admit that it’s easier to be holy during the “Lents” of life, when we have clear sacrifices to offer up and we can feel close to Christ carrying his cross. Perhaps it is in the normalcy of life, when things have become routine and common, that it is hardest to be holy. Daily life…when I do not feel particularly holy. When life doesn’t feel special, either because there’s no clear cross to carry, nor a clear resurrection to celebrate. It just feels common. Routine. Mundane.

God is present there, too. The most important question we face, especially as Catholics called to a lay apostolate is: How do we pursue holiness in the routine and the habitual affairs of life? It can be easy to see how holiness is possible in the low and high points of life. The heroic person who suffers with a debilitating illness. The newly-ordained priest, the new convert who still smells of Chrism. I could be holy in those moments. But what about in the ordinary things? Waiting for kids at soccer practice, doing laundry, commuting to work, committee meetings, homework, boredom, loneliness. The normal things. Can I be holy in those things?

Not only can you… you must. And next week, we will look at three tips for making the ordinary, the routine, the normal: holy.