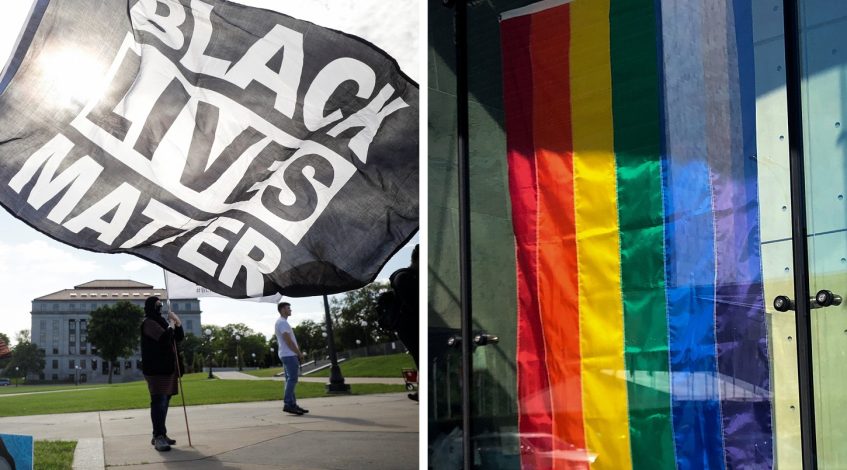 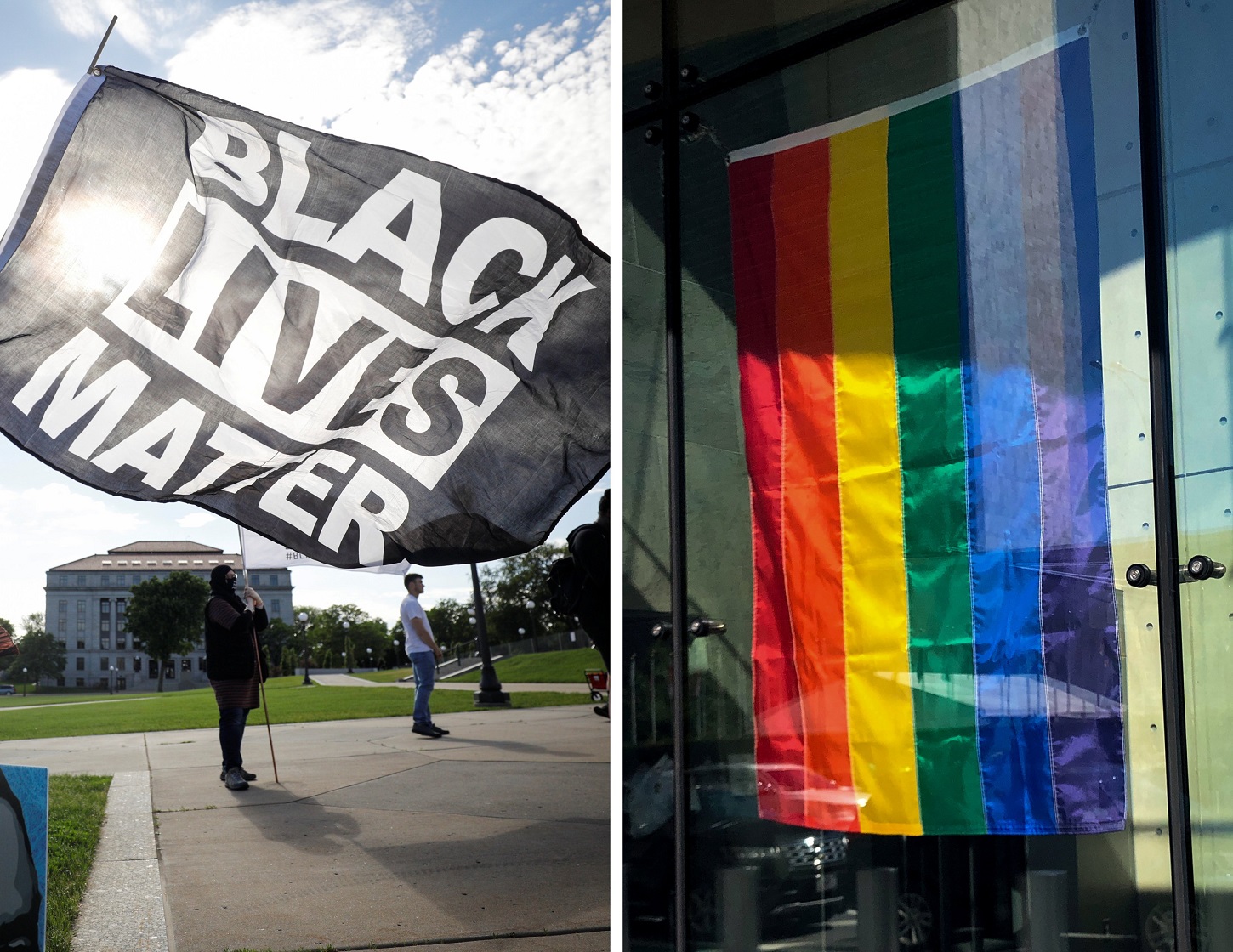 WORCESTER, Mass. (CNS) — Worcester Bishop Robert J. McManus has informed Nativity School of Worcester that it may no longer identify itself as a Catholic school following months of private and public discussion on the flying of Black Lives Matter and gay pride flags outside the school.

The bishop issued a formal decree June 16 removing support for the Jesuit-run school.

In a June 15 letter to the school community, Nativity School President Thomas McKenney said the school will appeal the decision “through appropriate channels” and will continue to display the flags. He said the school contends the flags are “not an endorsement of any organization or ideology” but that they “fly in support of marginalized people.”

On June 10, Bishop McManus signed a decree stating that he was upholding his pastoral responsibilities and in accordance with canon law, declared that Nativity School is prohibited “from identifying itself as a ‘Catholic’ school” or using “the title ‘Catholic’ to describe itself,” effective immediately.

He also said: “Mass, sacraments and sacramentals are no longer permitted to be celebrated on Nativity School premises or be sponsored by Nativity School in any church building or chapel within the Diocese of Worcester.”

The school also will not be allowed to “undertake any fundraising involving diocesan institutions in the Diocese of Worcester and is not permitted to be listed or advertise in the diocesan directory.”

Finally, the name of retired Worcester Bishop Daniel P. Reilly must be removed from the list of the school’s board of trustees.

Nativity School is a tuition-free, private, independent, Jesuit middle school founded in 2003. It is not a diocesan school. The school has flown a Black Lives Matter and a gay pride rainbow flag on the grounds since early 2021.

In March, Bishop McManus was made aware of the flags’ presence and according to school officials, he asked that the flags be removed.

The bishop issued a public statement, and later a letter regarding the flags, after the media reported on private talks with the school.

In an April 3 statement, he said: “The Catholic Church joins with our nation in teaching that all lives are equal before God and the law and that all lives demand our respect regardless of race, gender or ethnicity.”

He said the Black Lives Matter flag “has at times been coopted by some factions which also instill broad-brush distrust of police and those entrusted with enforcing our laws,” and the gay pride flag is “often used to stand in contrast to consistent Catholic teaching that sacramental marriage is between a man and a woman.”

He urged Nativity School to reconsider the imagery and symbols being used for the sake of the spiritual and moral formation of young people.

The school president’s letter about the issue said: “Nativity started flying the pride and Black Lives Matter flags following our students’ (the majority of whom are people of color) call to express support for making our communities more just and inclusive.”

On May 5, Bishop McManus issued an open letter to the community about the school’s flags, “Why Symbols Matter.” He once again affirmed the Catholic Church’s stance to love one another regardless of “any differentiators one can cite.”

He added: “We believe that we are all loved into existence by God and redeemed by (Christ). … We are stewards of our bodies but not owners to do with it as we please. Because every human life is sacred, the church is 100% behind the phrase ‘black lives matter.’”

However, “a specific movement with a wider agenda has coopted the phrase and promotes a 13-principle agenda for schools … those principles include, in their own words, to be ‘queer affirming’ and ‘trans affirming,’” he wrote.

The Black Lives Matter movement is contradictory to the Catholic social teaching on the role of the family in society, he said.

Stating that an institution cannot be run on contradictory principles, Bishop McManus asked Nativity School in the open letter: “Which identity do you choose?”

Acknowledging that there are many non-Catholic institutions that carry out important humanitarian service, the bishop said that “to be Catholic means espousing, not denying our Catholic identity” defined “by 2,000 years of theological reflections and tradition.”

“While we all share in wanting all our students, in particular our Black and Brown inner-city students, to feel safe and welcome, we must abide by the moral axiom that ‘the ends do not justify the means,’” Bishop McManus said.

Prior to the publication of the decree, the bishop wrote in the public letter: “It is my fervent prayer that Nativity School will decide to display only banners which will complement the cross of Christ which tells them why they are loved. Flags bearing the words ‘End Racism’ and ‘We Are all God’s Children’ would be far more appropriate for a Catholic school.”

According to the statement from Nativity School, Bishop McManus warned the school in mid-May that if the flags were not removed, “Nativity will ‘be prohibited from identifying itself as a Catholic school.’”

Despite communications between the bishop and Nativity School, the Black Lives Matter and the gay pride flags are still flying outside of the school. The school’s June 15 response was that “after meaningful deliberation and discernment by its board, leadership team, faculty, and partners, Nativity will continue to display the flags in question to give visible witness to the school’s solidarity with our students, families and their communities.”

In the decree, Bishop McManus noted that as the authority and overseer of Catholic schools, it is the “sacred duty” and “inherent responsibility” of a diocesan bishop to determine if a school is or is not acting in a way harmonious to the teachings of the Catholic Church, while participating in the evangelizing mission of the church.

He said he issued the formal decree in accordance with canon law.

Nativity’s McKenney responded: “In collaboration with the USA East Province of the Society of Jesus, Nativity will seek to appeal the decision of the diocese to remove our Catholic identity through the appropriate channels provided by the church in circumstances like this.”

Russell is executive editor of The Catholic Free Press, newspaper of the Diocese of Worcester, and Ledoux is a staff writer.